The Kitten Call ~ by TPO 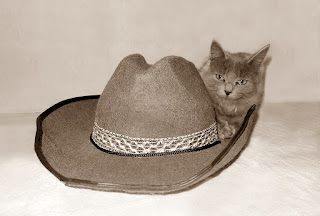 The Kitten Call
~ by TPO ~
===============
The kittens are prowlin'
The coyotes are howlin'
Way out where the doggies roam.
Where spurs are a jinglin'
And the cowgirl is singin'
Her lonesome kitten call!
[ yodels ]
Singing her kitten call ! 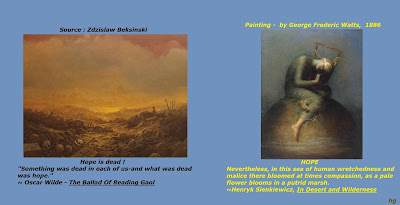 "Hope" is the thing with feathers
~by Emily Dickinson~

I've heard it in the chillest land—
And on the strangest Sea—
Yet, never, in Extremity,
It asked a crumb—of Me. 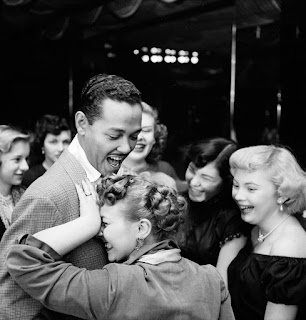 In 1950, Billy Eckstine was one of the most famous singers in the world. Screaming teenagers swooned to his sold-out performances in overcrowded concert halls, he was married to a beautiful socialite, had a spacious home in a fashionable Los Angeles suburb, and was looking forward to a career in motion pictures and television. But a controversial photograph published in a Life magazine profile halted the momentum of his career right at its peak. There are those who believe that although Eckstine was successful, he never reached his potential, and played out the rest of his career as a Las Vegas lounge singer.

Email ThisBlogThis!Share to TwitterShare to FacebookShare to Pinterest
Labels: Good to know, Music, My Scrapbook, Political 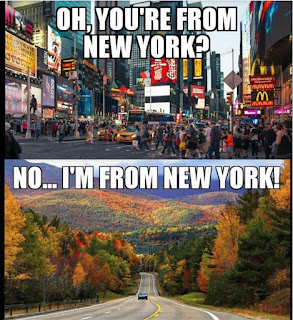 Hénock Gugsa : ===> I know exactly to what this relates. When I returned to Ethiopia after my one year in New York State (at East Rochester), I had a hard time explaining that I was not in NYC all that time ! 🤠 😃
Pat K : ===>  Hénock, I have to explain that all the time and I just live in Ohio!
Hénock Gugsa : ===> Pat, what is more amazing is the confidence and conviction behind such wrong ideas or conceptions. In the same vein, people have been known to confuse countries with continents.  I think it is all due to a deficiency of schools that ignore or exclude "Geography" from their curricula.
I have a funny but true anecdote* about a Nigerian student in Rochester many years ago. He had gone to a X-MAS party, and while there he was being introduced around to the other guests. So, an affluent elderly lady who happened to be quite well-traveled asked the student what country he was from.
He politely answered, "I'm from Nigeria."
The old lady stiffened up as she fixed her unwavering eyes on him.  She clearly was struggling to conceal her indignation as she cleared her throat and said aloud, "You mean Algeria, don't you, young man?"
_______________________________________________________
*  The story was told to me by my dear "Aunt" Caroline Branch, who along with her husband,  "Uncle" John, were my sponsors and dear benefactors. 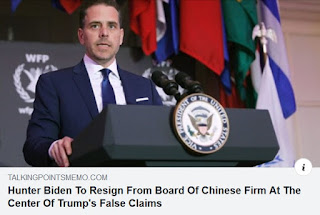 Hénock Gugsa ===> What is it with these talent-less, dependent, self-serving, thoughtless sons of big-name politicians in America? It is not like this guy and Trump's children are special in any way, shape, or manner !!!
David H ===>  Hénock Gugsa, are you nuts? Hunter Biden is a Harvard Law School graduate with 20 years experience on many corporate boards. What are your qualifications for spewing bullshit on the internet? Ample, apparently.
Hénock Gugsa ===> David H,  so why, if he's such a brainy giant, has he not had the smarts to steer clear of occupations that could potentially land his father in a scandalous situation? Perception is all it takes to sink a political career ... remember Ted Kennedy and Chappaquiddick, Gary Hart and Donna Rice ... etc., etc., .... As for your views on who should opine on the internet, I would not care to comment on it except to say that your praise of "a Harvard Law School [degree] and 20-years' corporate board membership" is extremely immature and pathetic. Obviously you confuse wisdom or intelligence with school smarts. Keep your damned PHD and your corporate board and country club membership to yourself. I'll stop here before I really get pissed off.
Paul  R  ===> Hénock Gugsa,  because the GOP will make up a scandal even if there isn’t one.
Hénock Gugsa ===>  Paul  R, that is true, I agree. But Democrats should all know that and be prepared for all scenarios. I find this Hunter Biden situation so incomprehensible from his vantage point. He and all scions of politicians should know they are fair game. Why does he go and be corporate board chairman in Ukraine, in China? ... Where next? I could understand Japan, South Korea, Germany, Sweden, Norway, Italy, and all those fine countries ... but nooo, he picks these pesky places to stick and ground his
tent !!!
Posted by T P O at 1:14 PM No comments:

A Wonderful Evening
in MAINSTREET, Hopkins, MN
(October 12, 2019  6:30 - 9:45)
~ by Hénock Gugsa ~
===============
A typical, old-fashioned American little town is Hopkins, MN  on a Saturday evening!
I was there to attend an evening of jazz-blues entertainment by the legendary Dianne Reeves at the Hopkins Center for the Arts.  The concert was scheduled to begin at 8:00, but I arrived in town early to make sure everything went smoothly with finding the venue, and with parking.
When I got there, it was already dark, slightly chilly and a sprinkle of rain was happening, a kind of misty spray really.  I found it all charming somehow and not at all unpleasant.  MAINSTREET, all in caps, and is about a half-mile long, I estimate.  I walked the street a bit and could tell this was a quaint little town.  There were closed-for-the-day stores dealing in jewelry, clothing, and a barber-shop with the candy-stripe spiral lamp hanging on the door.  I saw also a hardware store, and it too was not open.  I also made out one or two church spires a small distance away ... no crowds ... but this was a Saturday evening, actually sin night !
I saw the aforementioned culture center, and across from it was, guess what ... a downright old-fashioned marqueed movie theater, the  and they were offering the latest fare!  Good for Hopkins ... no mall duplex b.s. for them !!!
There are a few restaurants in town --- a hamburger and ice-cream shop, and even a Tibetan place !  However, the best attraction in town was the sprawling MAINSTREET  Bar & Grill.  Not a huge monster compared to some sports bars you could find anywhere in Minnesota, but this was just comfortably big.  I was surprised to find it  somewhat crowded.  I could not find a free seat at the bar, but there was a cozy little booth table in an airy, uncrowded corner.  There I installed myself, ordered a burger with onions, pickles and lettuce.  I also asked for Michelob Ultra, and got one.  While I was feasting on the burger, the staff at the bar unfurled a huge wall-to-wall white movie screen and projected a sports program on it.  It was a college football match between Baylor and Texas State!  This was such an exciting game that I was totally immersed in watching it.  Baylor won  a THRILLER in double overtime against Texas Tech , become "Butt Bowl" eligible, and remaining  undefeated!  So, in short, the meal was great, and the TV show was just exciting as heck!
When the time approached to go to the concert, I walked out of the bar promising myself that I will visit it again soon. A few minutes later,  I went up the steps of Hopkins'  Center for the Arts which was only a block-and-a-half away.  I was a little early, but there were no crowds outside or inside.  I entered and was promptly ushered to my seat in the Main Theater Lobby.  And the show started right on time at 8:00 p.m.
Dianne Reeves and her quartet were fabulous even though the audience was more of a quiet though respectful sort.  But then one can hardly expect rowdiness from a mature, senior even, crowd !  Despite all of that, I have to say that I had a memorably great experience ... great music and a peacefully relaxing time !!!