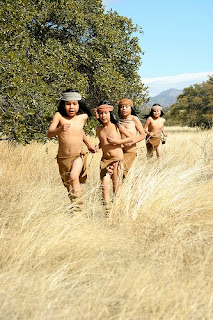 It was a long time ago … a time when men were faced with a very serious problem : The sky was very low!
It was so low that there was no room for the clouds.  It was so low that trees could not push up.  It was so low that the birds could not fly.  If they tried, they would be falling and crashing on the clouds and the trees.
But what was even more painful was that men could not stand up straight to their full height even as their bodies demanded they do.  They had to walk all bent-down and stooped, looking at their feet and unable to see where they were going.
Children did not have this problem.  They were small, they could stand up to their full height as much as they wished.  They didn’t walk looking at their feet and could see where they were going.
On the other hand, they knew that one day, they would become adults and that they too would be walking all bent-down, looking at their feet and less at what was going on around them.
One evening, all the children were gathered together and they decided to raise the sky. The few adults who heard them snickered, but suddenly they saw the children raising long posts toward the sky.  One, two, three, four …. An enormous shout reverberated following the count … unnn-uhhhhhh!
But nothing happened.  The sky stayed the same as it always did.  Trees could not keep growing.  Birds couldn’t fly.  There was no room for clouds, and grown-up people walked with their backs hunched, looking at their feet, unable to see where they were going.
The next day, the children set to work again with longer posts.   One, two, three, four … an enormous shout sounded - unnn-uhhhhhh.  But nothing happened.
The following evening, the persistent children were at it again with even longer posts. One, two, three, four … an enormous shout sounded - unnn-uhhhhhh.  But nothing happened.
On the fourth evening, they had found these very, very long posts, the longest they could find and they began the countdown: one, two, three, four … an enormous shout sounded - unnn-uhhhhhh! … and the sky was at last raised!
Ever since that day, the sky has been at its big place where we now know it to be.  Trees can push up and grow to near-limitless height, birds can fly without hurtling down on tree trunks or branches.  Clouds have room to come and go freely, and men can stand upright and look at the sky.
But the most extraordinary thing was when the sun had set and it began to get dark, the sky which was full of holes from the children’s posts began to glitter.  In each hole, there had appeared a star.
The next time you raise your head up to look at a starry night sky, remember that it is all thanks to those children that you can enjoy such a beautiful spectacle.  Stop and ponder long on this tale seriously, and you will begin to comprehend the immense hidden truths of the universe!
Posted by T P O at 10:55 PM 1 comment: 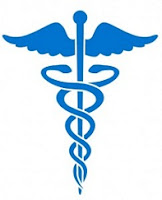 At the Precipice of Disaster !
by
Hénock Gugsa
Consider this scenario: ====>

You used to go thru life as simply as you could for many years.  Then life's demands started to become more difficult and got worse and worse from year to year.  About eight years ago, some one came along and made a few alterations ... not perfect, but generally beneficial changes.  They were not easily made because there was serious challenge and intransigent opposition.

The promoter of the new system was in power for only eight years.  When his term ended, unfortunately no one took up the torch and continued with his system. Instead, the person who took over was set to undo everything and his followers called the new move: "repeal and replace".

This has become a very uncertain, a very precarious moment in your life because nobody is telling you how they are replacing the old system, or rather what they have as replacement.

And all of this past week, there has been a mad dash to replace the old system with a patched-up, in-congruent, inimical concoction.  As luck would have it, very few people like it, and it has just fizzled out of existence on its own steam!

The system of the previous promoter is still alive and kicking!  Its enemies are still vowing they will destroy it some day.  But they have nothing in their bag ... no bright ideas, and no visions.  These new people in power are big losers!  The reason is quite simple ....  Unlike the previous promoter, these new leaders have no soul, no compassion, and no humanity!

So you are somehow safe for now ... you can resume your life with less fear !!!

Jean-Baptiste, the Farmer/Trader - by TPO 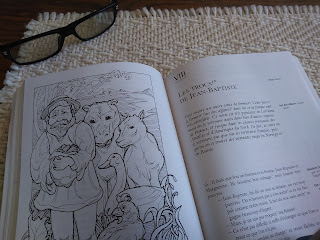 In days of yore, in France as elsewhere in the world, the economy or business activity of societies was not very sophisticated because money was scarce.  Everything was done at a very basic level of simple barters or trade exchanges.  Farmers were traders, and there were no middle men because the exchanges were made directly between the farmers at the market place or village fair.

So then to our story … there once was a poor farmer named Jean-Baptiste and his wife Marguerite who worked hard and lived humbly at their little farm in the countryside.

One day, Marguerite said to her husband, "Jean-Baptiste, we are so poor this year that we won't pull through at all unless you go and do a little trading at the market.  I hear that farmers go there and do some business and are prospering nicely.  Even our neighbor has become wealthy and has money."

But her husband protested, "But dear Marguerite, you know that I don't know how to trade."

"Don't say that, darling.  Trading is not all that difficult, all you need to do is exchange what we have for what we don't have."

"I tell you I'll do a bad job of it, and you will be angry with me … and you'll stop speaking to me."

"My dear husband, I know that we'll not always succeed in our efforts, but nothing can stop us from trying.  We have a cow ... go take her to the market and do some trading.  After that, we'll see how we have done."

So, Jean-Baptiste took the cow out of the barn and set off on his way to the market.  He had not gone very far when he ran into another peasant who was dragging a goat behind him.

> Hey, Jean-Baptiste, where are you headed?
> I’m on my way to do some trading at the market.  But I don’t know how I’ll do there.
> That is not complicated at all.  What will you be bartering there, my lad?
> My wife wants me to trade our cow.
> Well … you don’t have to go any further.  I’ll trade my goat for your cow right here and right now.

Jean-Baptiste reflected on the matter.  He took his hat (his beret) off, and scratched his head.  Then, he said, “Good, agreed.  It’s a deal.”

Decisively and on the spot, he bartered the cow for the goat and resumed his journey.  While trudging through a long stretch of land, he came across a peasant who was carrying a goose in his arm.

“And where may you be headed, Jean-Baptiste?” The peasant inquired.
> I’m going to the fair to trade my goat.
> Ah!  So you barter, do you?  And what do you have to trade as such?
> Well, to start with, I traded my cow for this goat.  Now I’m going to barter this goat.
> Alright then, you are doing really well.  The more one trades, the better one gets in business.  Would you care to trade your goat for my goose?

Jean-Baptiste agreed, and the two exchanged their animals.  Our hero set off again on his way to the market … but this time, with a goose in his arm.  A bit further down the road, he met a man carrying a rooster in a basket.  Pretty much in the same fashion, Jean-Baptiste bartered again and he traded the goose for the rooster.

At long last, he arrived at the village and, just at the entrance, he observed an old woman who was collecting dung in the street.

He asked the woman, “Do you ever make money from that?”
“Enough,” she replied.
“Would you trade the dung for my rooster?”

The old woman did not hesitate for a second, and they right away exchanged their possessions.  Quite content with his trading so far, Jean-Baptiste arrived at the main fair where he met his wealthy neighbor.

> Hey, there you are, Jean-Baptiste.  Did your bartering go well?
> Oh that, yes.  I traded my cow for a goat.
> But, what is Marguerite going to say about that?
> She will be content.  But that’s not all.  After that, I traded my goat for a goose, and the goose for a rooster.
> You parted with your cow for just that … you have been doing some strange trading.  Are you sure Marguerite will be happy?
> I tell you she will be quite content.  I’m very certain of it.
> She must not be a difficult person to please then.  But me, I would not want to be in your shoes when you return home tonight.
> Hold on, that’s not all.  Later, I bartered the rooster for the dung that I have here with me.
> Well, okay.  I won’t say anything more.  If your wife does not get mad this time, I will have seen everything.
> Marguerite will be quite happy.
> Really?  Well, I doubt that.
> That’s because you do not know her like I do.
> Well then let’s bet on it.
> How much?
> I’ll bet you two-hundred francs.  If she gives you trouble, you’ll pay me.  If she does not, it will be me who pays up.
> Alright.  Agreed!

So, they both together returned to Jean-Baptiste’s farm and entered his cottage.

> Well, Jean-Baptiste, did you do good business?
> Of-course, my Cherié.  I traded our cow for a goat.
> So much the better.  We don’t have enough hay for a cow anyway.  But it will be enough for a goat; and what’s more, the goat will give us some milk.
> Yes, but then I bartered the goat for a goose.
> Very good.  Just what I've wanted … I’ll have enough feathers for our pillows.
> Yes, but then I traded the goose for a rooster.
> That’s very good indeed.  I have noticed that we oversleep in the morning.  It could wake us up at a good, early hour in the morning.  That would give us an extra hour for our work!
> But, then finally, I bartered the rooster for this dung that I brought home with me.
> Even better.  It is needed in our garden.  My flowers will grow and bloom so well, and I will be able to make beautiful bouquets.