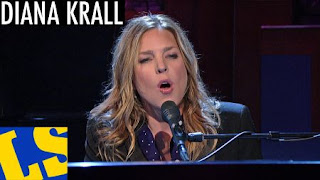 A smokey, bluesy, jazzy song -- appropriate for this political season ....

From: "The Philosopher’s Stone" - by Hans Christian Andersen 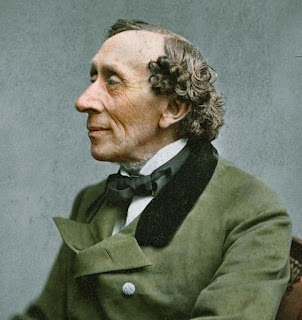 But then would follow brighter thoughts:
“Life has the rose’s sweet perfume
With sunshine, light, and joy.”

And if one stanza sounded painfully—
“Each mortal thinks of himself alone,
Is a truth, alas, too clearly known;”

Then, on the other hand, came the answer—
“Love, like a mighty flowing stream,
Fills every heart with its radiant gleam.”

She heard, indeed, such words as these—
“In the pretty turmoil here below,
All is a vain and paltry show.”

Then came also words of comfort—
“Great and good are the actions done
By many whose worth is never known.”

And if sometimes the mocking strain reached her—
“Why not join in the jesting cry
That contemns all gifts from the throne on high?”

In the blind girl’s heart a stronger voice repeated—
“To trust in thyself and God is best,
In His holy will forever to rest.”

But the evil spirit could not see this and remain contented. 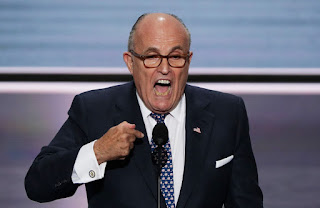 But that is their job! And that is what we expect them to do ... to do their job!

The police are public servants, they are expected to serve and to protect.  Neither they nor we should expect them to do any more or any less than their duty.  We  of-course love and care for them as members of the community .... They should be (and are) well compensated.  They should be well-equipped and trained to do their duties just as the military does with one difference.  The police are a civilian force which means that they are civilians and should not have a battle (war) mentality!

There is also one other aspect of our relationship with the police that is often overlooked or hardly ever mentioned.  It is the covenant of trust that we have laid at the feet of the police.  They are bestowed all the power and privileges of the "law enforcer."  Naturally, we expect policemen to carry out the delicate task of the day-to-day application of the law in people's lives.  Most importantly,  we entrust the police with the protection of our lives, our property, and our human rights.  We expect the highest standards of unwavering moral conduct, and we expect responsible, respectful behavior from our policemen.  These are the actual job requirements of the police.  If it is deemed that they cannot be met, that we are asking too much of the police, then maybe these folk need to find other softer or cushier positions like, for example, the clergy.

Here is a look why the police should not demand respect and special thanks just for doing their jobs ....  Think of your mom and dad ... you expect them to love, protect, and nurture you ... but you don't expect them to do all that because they expect you to thank them.  They're doing their duty and your happiness and welfare is their only reward!

The work that policemen do should not be looked at collectively, but individually.  We should assess a policeman by his record, not just by the fact that he is wearing a blue uniform.  Let us give the police special honor and thanks following a job performance review just like every citizen in the country.  To do otherwise is to invite hubris and abusive behavior from folk whom we have given the highest honor of our trust. 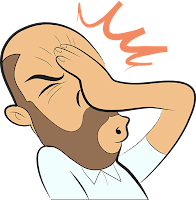 I went to church this morning; and when the service was over, I found myself depressed by two things that had happened ... ====>

1 - During the sermon, the pastor brought up the topic of the recent social turmoil here regarding police killings of young black men.  The pastor actually began his comment with,  "All lives matter and it saddens us that ...".  I was almost tempted to raise my hand and object, but I restrained myself.  How can he not comprehend that when people have been crying in anguish that "Black lives matter!", there is a contextual (unsaid but understood) reference to inclusion, as if saying 'black lives matter too' ... don't forget us.  Why do things have to be spelled out to people?  Where is your comprehension of language?
Also, and above all, why are people so reactionary and so defensive?  Why are they so dismissive, and why do they egregiously trivialize the serious concerns of a group with legitimate grievances?! 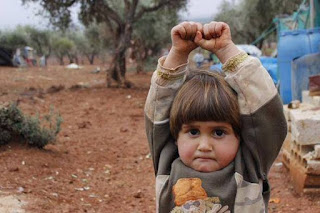 Little girl surrenders when she mistakes camera for gun!

The four-year-old girl, Adi Hudea, was at the Atmeh refugee camp in Syria in December 2014. 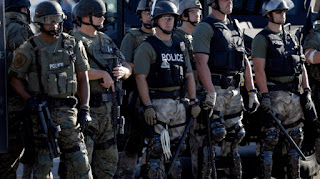 These days, the Police everywhere in America are actually militarized over and above what has been the norm for years.  They have nightsticks, tasers, Glocks, sniper-rifles (with scopes), shotguns, bullet-proof vests, night-vision goggles, mob-controlling shields, etc., etc. .... And now we are adding "Killer Robots"!!!

And don't forget: The police are presumed to have received thorough training in all aspects of stressful confrontations including proper application of force.  Cops are expected to have and to display mental and physical fortitude.  They are supposed to be well-equipped in every way.

Nonetheless, one wonders: Are the police protected enough?!  What more should be done to lessen their fear of the public that they are supposed to serve and protect?

Is all their armament sufficient or necessary to cope with single life-and-death situations?  Or is it needed to impose and perpetuate a permanent siege mentality?

I don't know about you, but I sure don't feel particularly well-protected or served.

The Blunderbuss Effect - by TPO 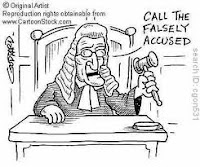 The Dallas Police Department [had] put out a photo on its Twitter account late Thursday of a man wearing a camouflage shirt and holding a rifle with the message: “This is one of our suspects. Please help us find him!” The tweet remained on the account early Friday morning.

The man in the photo, Mark Hughes, tells Dallas TV station KTVT that he “flagged down a police officer” immediately after finding out he was a suspect. He says police lied during a 30-minute interrogation, telling him they had video of him shooting.

Videos posted online show Hughes walking around peacefully during the shooting and later turning over his gun to a police officer.