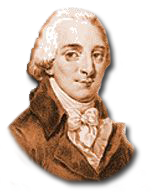 Now and Never - by Raymond Beyda 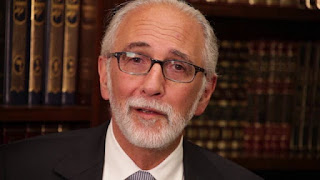 In the Sixties impatient youth adopted the slogan "We want the world and we want it now!" Some people go through life "grabbing with gusto." They want instant gratification and give little consideration to decisions --major or minor. They feel that if they don't "grab" they will miss out on one of life's great opportunities. Impulse buying becomes a way of life not only for trinkets, gadgets and snacks but also for major life decisions such as job offers, choice of schools, friends and even husband or wife.

The opposite of a "now" person is a "never" person . Business deals, social and spiritual choices do require consideration, but they also cannot be put off forever. Insecurity leads to indecision. Bottom line the "never" person loses out on all the right things out of fear of making a bad choice once in awhile.

Today when a decision has to be made--stop! Don't grab, but don't freeze either. Think! Weigh the possibilities, consider the future and make an enthusiastic decision. It only takes a minute but it will raise your lifetime batting average to superstar levels. 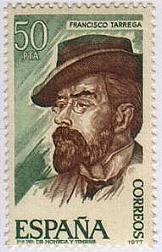 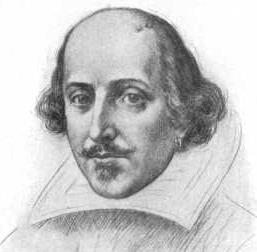 "an ever-fixèd mark" (Sonnet 116)
- by William Shakespeare -
~~~~~~~ /// ~~~~~~~
Let me not to the marriage of true minds
Admit impediments. Love is not love
Which alters when it alteration finds,
Or bends with the remover to remove.
O no! it is an ever-fixèd mark
That looks on tempests and is never shaken;
It is the star to every wand'ring bark,
Whose worth's unknown, although his height be taken.
Love's not Time's fool, though rosy lips and cheeks
Within his bending sickle's compass come;
Love alters not with his brief hours and weeks,
But bears it out ev'n to the edge of doom.
If this be error and upon me proved,
I never writ, nor no man ever loved. 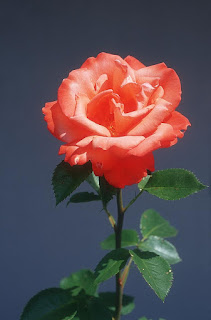 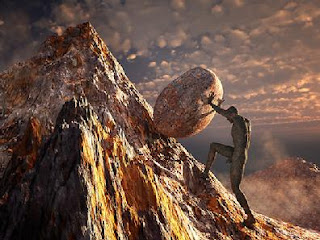 Let's face it. The current political zeitgeist is practically a perennial quagmire. We are dealing with a few self-inflicted vicious cycles that continue to exacerbate the "bad situations." * [George Clooney called them "tight" spots in "Oh Brother, Where are thou?"]

A major cause for these situations is people's lethargy - their disinterest and indolent attitude toward knowledge and information about important current political and social events in their lives. Furthermore, even when they read and listen to the information media, people hardly ever bother to verify the veracity and objectivity of the news sources. Thus they are misinformed and misguided.

It is also a sad fact that far too many citizens are too lazy to even bother to exercise their right to vote. Well-founded protests are not demonstrably expressed, and above all more people need to be active in their communities.

Another cause - Americans' desire and preference for quick-fixes and short-cuts when it comes to solving problems ... also, the ready-willingness to assign blame and the aversion to share responsibility.

To wrap it all up ... there is a real and radical need for cultural reform, for education, and for leadership to steer us to the right (the progressive) political path. We need to get away from the old and tired, the cyclical, political mire of today. It is for this reason, that we should enthusiastically welcome Bernie Sanders! At least, he will educate us!

==================================
* These bad situations are the result of the utterly worthless policies and laws that our political leaders are imposing on us. Bad policies and positions are affecting the environment, types and use of energy, labor, employment, education, health care, the elderly, income gaps, rights and freedoms (LGBT matters, planned parenthood, etc.), civil rights (race relations, protection from police brutality) , ... and the list goes on and on!

The Old Italian Gentleman - by Unknown 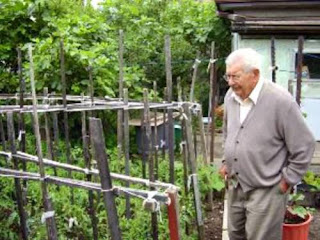 An old Italian gentleman lived alone in New Jersey . He wanted to plant his annual tomato garden, but it was very difficult work, as the ground was hard. His only son, Vincent, who used to help him, was in prison. The old man wrote a letter to his son and described his predicament:

Dear Vincent, I am feeling pretty sad because it looks like I won’t be able to plant my tomato garden this year. I’m just getting too old to be digging up a garden plot. I know if you were here my troubles would be over. I know you would be happy to dig the plot for me, like in the old days. Love, Papa

A few days later the old man received a letter from his son.

"Dear Papa, Don’t dig up that garden. That’ s where the bodies are buried. Love, Vinnie"

At 4 a.m. The next morning, FBI agents and local police arrived and dug up the entire area without finding any bodies. They apologized to the old man and left. That same day the old man received another letter from his son.

"Dear Papa, Go ahead and plant the tomatoes now. That’s the best I could do under the circumstances.
Love you,
Vinnie"
----------------
The moral of the story is: Wherever there is a will, there is a way - so never lose hope .
=================
TPO says: Amazing! An impishly clever son coming to the aid of his beloved father in spite of a seemingly towering impossibility! 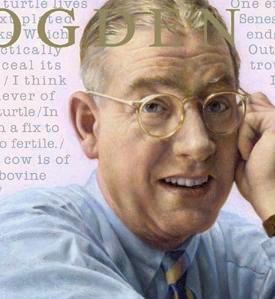 My fellow man I do not care for.
I often ask me, What's he there for?
The only answer I can find
Is, Reproduction of his kind.
If I'm supposed to swallow that,
Winnetka is my habitat.
Isn't it time to carve Hic Jacet
Above that Reproduction racket?

To make the matter more succint:
Suppose my fellow man extinct.
Why, who would not approve the plan
Save possibly my fellow man?
Yet with a politician's voice
He names himself as Nature's choice.

The finest of the human race
Are bad in figure, worse in face.
Yet just because they have two legs
And come from storks instead of eggs
They count the spacious firmament
As something to be charged and sent.

Though man created cross-town traffic,
The Daily Mirror, News and Graphic,
The pastoral fight and fighting pastor,
And Queen Marie and Lady Astor,
He hails himself with drum and fife
And bullies lower forms of life.

Not that I think much depends
On how we treat our feathered friends,
Or hold the wrinkled elephant
A nobler creature than my aunt.
It's simply that I'm sure I can
Get on without my fellow man. 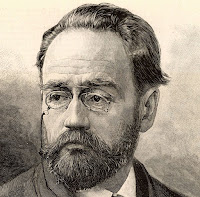 "Quant aux gens que j'accuse, je ne les connais pas, je ne les ai jamais vus, je n'ai contre eux ni rancune ni haine. Ils ne sont pour moi que des entités, des esprits de malfaisance sociale. Et l'acte que j'accomplis ici n'est qu'un moyen révolutionnaire pour hâter l'explosion de la vérité et de la justice."
===>
"As for the people I accuse, I do not know them, I never saw them, I have against them neither resentment nor hatred. To me, they are only entities, spirits of social evil. And the act I am hereby accomplishing is only a revolutionary means to hasten the explosion of truth and justice." 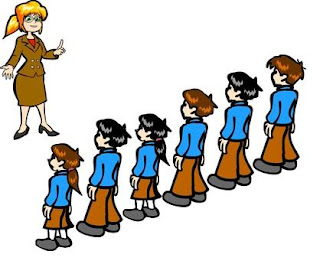 This is a true story, proving how fascinating the mind of a six year old is.

A teacher was reading the story of the Three Little Pigs to her class.

She came to the part of the story where first pig was trying to gather the building materials for his home.  She read:  "And so the pig went up to the man with the wheelbarrow full of  straw and said: 'Pardon me sir, but may I have some of that straw to build my house?' "

The teacher paused then asked the class; "And what do you think the man said?"

One little boy raised his hand and said very matter-of-fact like ... " I think the man would have said - 'I'll be a son of a bitch!! A Talking pig!' "

The teacher had to leave the room.

The Unencumbered Spirit - by TWA (MPR) 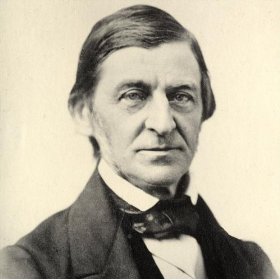 The Unencumbered Spirit
(an Insight into Ralph Waldo Emerson)
- The Writer's Almanac, MPR (05/26/2015) -
"Live in the sunshine, swim the sea, drink the wild air. Nothing great was ever achieved without enthusiasm." RWE

Ralph Waldo Emerson was born in Boston on May 26, 1803. He came from a family of Unitarian ministers ... went off to Harvard Divinity School, was ordained, and got married. He was happy, became senior pastor of Unitarian Church in Boston ... and two years after he got married, his wife  Ellen died of tuberculosis at the age of nineteen. Emerson was devastated, he began to have doubts about the church. He took a leave of absence and went on vacation on the mountains of New Hampshire ... and by the time he returned, he decided to resign his post.

Ralph Waldo Emerson: "Finish every day and be done with it. You have done what you could ... some blunders and absurdities no doubt crept in. Forget them as soon as you can. Tomorrow is a new day. You shall begin it serenely and with too high a spirit to be encumbered with your old nonsense."