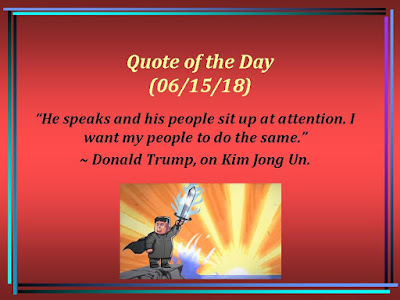 Definitions of ICE ~ by TPO 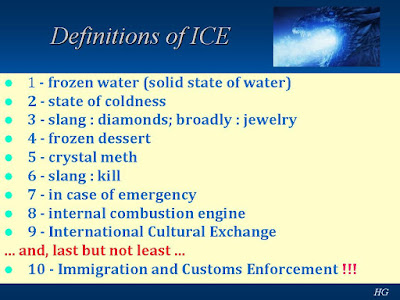 A Heart-Wrenching Image ~ by TIME


A Heart-Wrenching Image
~ by TIME ~ 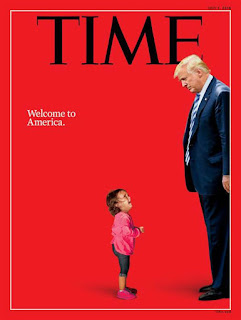 
... and the background story by John Moore, TIME photographer===>

I have very little faith or trust or confidence in the Trump Administration.
It is criminally careless ... it is corrupt ... and it is very, very inefficient !!! 🤔 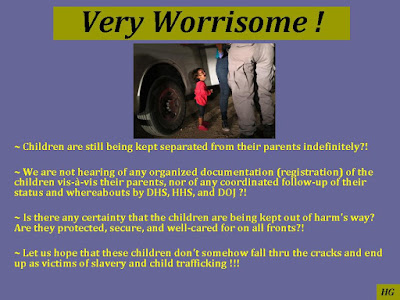 The State of America ~ by TPO

The State of America
~ by TPO ~ 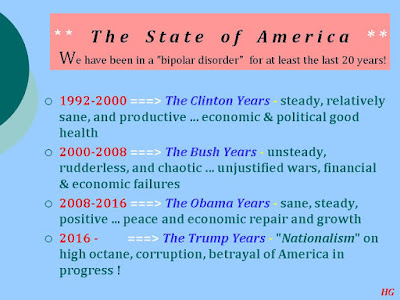 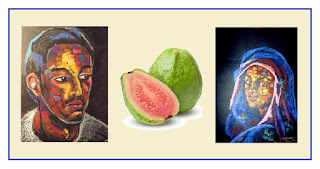 [A folk tale from Harrar, a South-East Administrative Region of  Ethiopia]
In the old days, it is told,  there lived a man who led a life that did not stray from the correct path. He was humble, compassionate and decent beyond reproach.  Moreover, he was also devout and prayed in solitude as often as he could wherever he traveled.

One day, this virtuous man was at a secluded place which was by a farm field that had an irrigation channel running through it.  As the man was quietly preparing to do his prayer, the streaming water brought a guava fruit and deposited it at his feet.  The man was hungry and thought that a divine force must have meant him to have the fruit.  So he picked it up and ate it.

Then he started to pray.  However, he was abruptly interrupted by a spirit which revealed itself to him and said, “You claim to be devoted to God, but why do you steal other people’s fruit?”

The holy man was so devastated by the reproach that he vowed to go find the owner of the guava farm and immediately apologize for the sinful deed.

“I have eaten a guava which fell off one of your trees and was brought to me by the water. Please forgive me.”  He begged the owner of the guava farm as soon as he found him.
At first the guava farmer angrily refused to forgive him, and that made the holy man very sad and distraught.

But then the guava farmer took pity, relented and said, “If you want me to forgive you, you have to do what I tell you to do.”

The farmer said, “I will forgive you only if you marry my daughter, and you should know that my daughter has no eyes and no legs.”

The holy man said, “That’s fine, it’s all right. If you forgive me, I will marry her.”

So they went to the owner’s house and the holy man asked him where his daughter was.
The owner said, “Before I present my daughter, you must go through the marriage formalities.”

So the holy man did as was demanded.

Then the girl was brought out from the adjoining room where she kept to herself. To the prospective groom’s surprise and delight, he saw that she was neither blind nor was she without legs.  She was extremely well-mannered, and a jewel of a maiden in every respect.
The man could not help but ask the farmer, “Didn’t you say she had no eyes and no legs?”

The girl’s father replied, “What I meant was that in her entire life, my daughter has never seen bad things, nor has she ever taken the morally wrong path !”

Opening Our Eyes ~ by TPO

Opening Our Eyes
~ by TPO ~
(Please click inside box to enlarge) 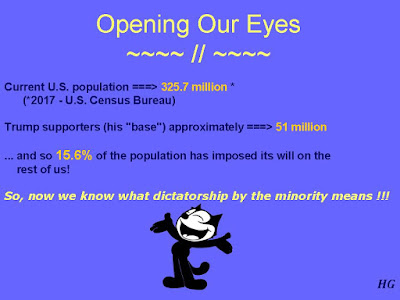 This is not a calm, cool, and objective reporting by Media Research Center*, a rather curiously-named organization whose motives and backers are, to say the least, suspicious.

~ Consider, for example, the point the MRC reporter makes here about "sponsors not showing up to pick the children because [they, the sponsors] are themselves illegal".  Why would illegals sponsor the children in the first place when it could land them [the sponsors] in trouble?  To do that is tantamount to asking to be deported !!! It does not make sense.  If the children are their own kin, I'd think the smart thing to do is to ask a church or some philanthropic organization to intercede on their behalf ....

~ No, this fire-spitting reporter neglected to dig further into the details but instead concentrated on berating rather than objectively reporting.  Somebody should research MRC itself  because they sound like the "real" Fake-News to me!

~ The more and more I hear and read about the shameful and disgusting things the U.S. Government is doing regarding the children of undocumented immigrants and those at the border, the less muddled and clearer the motives become. Although it might seem far-fetched or conspiracy-theory-laden, I am inclined to now believe that the children are being held as hostages for ransom, money which will be used to build the wall. Mr. Trump and his supporters are defending themselves by claiming he is merely following rules set by the previous administration (i.e. democrats and that Kenyan guy!) Since Mexico is not going to pay for the wall, democrats must pay through the nose. That is the Government of Spite and Malice for you ! --------------------------------------------
Some responses and reactions to the video on MRC's Facebook page ...

K C L ===> In other words it's still happening( kids in cages) but don't point it out unless you clarify who was President when it happened. Don't address or correct the problem just make sure you know who was President when it was reported. Bull! You only care about defending Trump.
KCL ===> This is reporting? Can't you just speak normally without all the sarcasm??? I prefer to get facts from people who don't sound like a 13 year old girl presenting their case on why Brook cheated on Chad.
A N ===>  Heil Hitler!
SD ===>  I suppose if the MRC were a credible news source, I might listen, but their reputation doesn't appear to have much going for them. Try again.
M B N ===> Easy solution. Immediately make parents and children go
back across the border, That way they won't be separated.
K J ===> Came out of sessions mouth. Yes, they are separating the children. Just like the nazis did. Part of the playbook. The video of him saying is all over the place. Do your research.
J M-G ===> All I ask lady is that you stay out of Canada. We don’t need your kind here. Mexicans are more than welcome to come.
T B ===> By the way the babies crawled over the border without their parents, right? Give me break! You are the insult to people like me!
Hénock Gugsa ===>  I think people are throwing in silly and not exactly exact phrases like "catch and release" into discussions about immigration policies. When you deport undocumented immigrants, more often than not, they find their way back and are arrested again.  So are you thinking of this as the result of "catch and release" too?  I call it recidivism.  If you don't catch and deport them, what do you do then?  Cage them indefinitely, deport them but keep their children for whatever nefarious reasons?
______________________________________________________
* According to Wikipedia: "The Media Research Center is a politically conservative content analysis organization based in Reston, Virginia, founded in 1987 by L. Brent Bozell III."  It is also a non-profit organization and as such should not be taking any political sides on any issue! Non-profits should be neutral and unaligned! 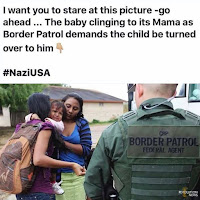