The logical corollary to the wrong-headed argument that raising the minimum wage will cause job losses is the argument that eliminating the minimum wage altogether will generate vast increases in jobs. As former congresswoman Michele Bachmann put it, if the minimum wage were repealed “we could potentially virtually wipe out unemployment completely because we would be able to offer jobs at whatever level.” In fact, more workers would simply end up with lower wages and less purchasing power, causing the economy to slow and generate fewer jobs. It is no great feat for an economy to create a large number of jobs paying very little. Slavery, after all, was a full-employment system.

I am in full agreement with the conclusions you have arrived at regarding economic incentives for the middle class (livable wages, job security and growth of disposable income). I do not comprehend how and why the monied and the politically influential groups don't grasp the underlying essence of "Capitalism". It is that invisible hand working ... a ripple effect from a common human trait, self interest. And that does not mean "selfish" interest, by the way. In a truly free and just society, there is freedom of movement, and also freedom for equal opportunity.

The subject of inequality and powerlessness also brings to mind another reality that is hardly ever mentioned - i.e the psychological state, the despair, and the low morale. This reality is the "elephant in the room."

We have not only unemployment, but also underemployment. I personally have known or have had friends coming out of college with engineering degrees and end up working as cab drivers. There are many young, capable, educated or skilled people out there stuck working minimum-paying jobs because the economy is not creating the right jobs, enough right jobs at any rate. These people look to the government for help, but then their voice is being heard less and less because the monied, "selfish", group is manipulating the government. And there is no recourse for redress anywhere, not even the Supreme Court.

At some point, of-course, the breaking point will be reached. And one wonders what the outcome will be. Thesis - Anti-thesis - Synthesis! 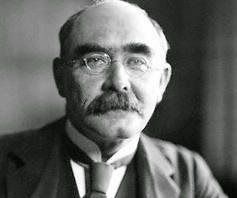 At dawn there was a murmur in the trees,
A ripple on the tank, and in the air
Presage of coming coolness -- everywhere
A voice of prophecy upon the breeze.
Up leapt the Sun and smote the dust to gold,
And strove to parch anew the heedless land,
All impotently, as a King grown old
Wars for the Empire crumbling 'neath his hand.
One after one the lotos-petals fell,
Beneath the onslaught of the rebel year,
In mutiny against a furious sky;
And far-off Winter whispered: -- "It is well!
"Hot Summer dies. Behold your help is near,
"For when men's need is sorest, then come I." 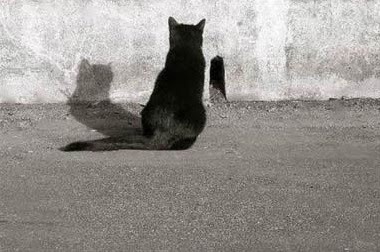 When you are in a hurry every one is the enemy. If you need to get important documents in the mail there is always a very slow clerk at the post office counter. If you need to make a deposit in the bank and get to a meeting the person in front of you on line will chat endlessly with the teller about trivial things. When you need to pick up the children from school the person in front of you at the store invariably presents an item without a price ticket to the cashier who them must page a clerk for a "price check". Sometimes it seems like the whole world is against you.

The fact of the matter is all of those people are not acting any differently than they always do. Sometimes you find them aggravating and at other times their fumbling may amuse you. The difference is not in them, it is in you. Patience quotient is a factor of your mood. If you are pressed you see things differently than they may appear when you have time to spare.

The solution is simple. Expect things to take longer than you expect. Plan for the unexpected delay. Anticipate traffic, a slow clerk and an unforeseen obstacle. Leave time to enjoy life. Those same people that always seem to be right in front of you will still be there BUT they will make you laugh with amusement and a feeling of intelligence as you outsmart the slowpoke enemies that inhabit the world.
________________________________________________
* Source: Rabbi Raymond Beyda (Project Genesis, Inc.)
http://www.torah.org/learning/reflections/classes

Better than a universe ... a multiverse - by the Atlantic Magazine 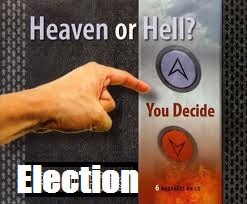 
While walking down the street one day, a corrupt Senator (redundancy here!) was hit by a bus and died.


His soul arrives in heaven and is met by St. Peter at the entrance.


"Welcome to heaven," says St.. Peter. "Before you settle in, it seems there is a problem. We seldom see a high official around these parts, you see, so we're not sure what to do with you."


"No problem, just let me in," says the Senator.


"Well, I'd like to, but I have orders from the higher ups. What we'll do is have you spend one day in hell and one in heaven. Then you can choose where to spend eternity."


And with that, St. Peter escorts him to the elevator and it takes him down, down, down to hell.


The doors open and he finds himself in the middle of a green golf course. In the distance is a clubhouse and standing in front of it are all his friends and other politicians who had worked with him.


Everyone is very happy and in evening dress. They run to greet him, shake his hand, and reminisce about the good times they had while getting rich at the expense of the people.


They play a friendly game of golf and then dine on lobster, caviar and the finest champagne.


Also present is the devil, who really is a very friendly guy. He is entertaining everybody with music, dancing, and party jokes.


They are all having such a good time that before the Senator realizes it, it is time to go. Everyone gives him a hearty farewell and waves while the elevator rises.


The elevator goes up, up, up and the door reopens in heaven where St. Peter is waiting for him.


So, for the next 24 hours the Senator joins a group of contented souls moving from cloud to cloud, playing the harp and singing. They have a good time and, before he realizes it, the 24 hours have gone by and St. Peter returns.


"Well, then, you've spent a day in hell and another in heaven. Now choose your eternity."


The Senator reflects for a minute, then he answers: "Well, I would never have said it before, I mean heaven has been delightful, but I think I would be better off in hell."


So St. Peter escorts him to the elevator and he goes down, down, down to hell...


Now the doors of the elevator open and he's in the middle of a barren land covered with waste and garbage.


He sees all his friends, dressed in rags, picking up the trash and putting it in black bags as more trash falls to the ground.


The devil comes over to him and puts his arm around his shoulders.


"I don't understand," stammers the Senator. "Yesterday I was here and there was a golf course and clubhouse, and we ate lobster and caviar, drank champagne, and danced and had a great time. Now there's just a wasteland full of garbage and my friends look miserable. What happened?"


The devil smiles at him and says,"Yesterday we were campaigning, Today, you voted…"


Moral of the story:

Those lines ... do lie - by William Shakespeare