The Cause of All His Troubles - by Life Lessons 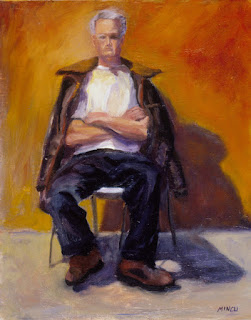 The Cause of All His Troubles
- by Life Lessons -

A man woke up one morning deeply repentant after a bitter fight with his wife the previous night.  He noticed with dismay the crate of beer bottles that had caused the fight.

He took it outside and started smashing the empty bottles one by one onto the wall.

He smashed the first bottle swearing, "You are the reason I fight with my wife!"

He smashed the second bottle ... "You are the reason I don't love my children!"

He smashed the third bottle ... "You are the reason I don't have a decent job!"

When he got to the fourth bottle, he realized that the bottle was still full and well sealed .... He hesitated for only a moment and said, "You stand aside, I know you were not involved."

The Replacement Priest - by Unknown 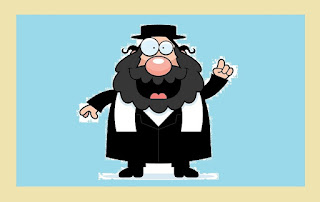 The Replacement Priest
- by Unknown -
~~~~~~~~ /// ~~~~~~~~
A priest was being summoned temporarily to another town on an emergency. Not wanting to leave the confessional unattended, he called his rabbi friend from across the street and asked him to come and cover for him.

The rabbi pointed out that he wouldn't know what to say in a confessional, but the priest was very persuasive. He convinced the rabbi that he would show him the basics of a priest's work in the confession booth.

The rabbi comes, and he and the priest are in the confessional.

After a few minutes a woman enters and says, "Father forgive me for I have sinned."
The priest asks, "What did you do?"
The woman says, "I committed adultery."
Priest: "How many times?"
Woman: "Three times."
Priest: "Say two Hail Mary's, put $5 in the box and go and sin no more."

A few minutes later a man enters the confessional. He says, "Father forgive me for I have sinned."
Priest: "What did you do?"
Man: "I committed adultery."
Priest: “How many times?"
Man: "Three times."
Priest: "Say two Hail Mary's put $5 in the box and go and sin no more."

The rabbi tells the priest that he thinks he's got it, so the priest leaves.

A few minutes later another woman enters and says, "Father forgive me for I have sinned."
Rabbi: "What did you do?"
Woman: "I committed adultery."
Rabbi: "How many times?"
Woman: "Once."
Rabbi: "Go do it two more times. We have a special this week, three for $5."

Breaking away?! .... I am wondering if there is or not an universal truth or finality to such a decision in Britain.

It is indeed a reflection of Britain's isolationist mood.  Furthermore, there are going to be ripple effects both in England and globally.  The big question is:  Could this stupidity be reversed? ....

On another deeper, local, and demographic level, could there be a more serious rift between the old and the young?

I stand with the youth.  The old are selfish and think of themselves more than of the youth's future. 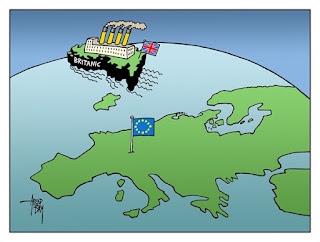 "The Good Old Days!" - according to DT 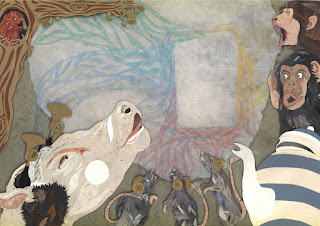 ** A rather inane,and weaselly thing to say!
Why doesn't he just say "a Somali-American"?  After-all, he knows as well as the rest of us that 99.99% of Somalis in the U.S. are black , Muslim, and immigrants.  We also know that the Somali community is not trying very hard to improve its image.  Sadly, we hear that a Somali undercover terrorist informant had to be paid a six-figure amount to assist in catching terrorist plotters here in Minnesota.  Shameful!  Where is the American patriotism or the simple, unconditional love and appreciation for America?  Where is common decency, where is duty, and where is honor? **

Gun Madness - by G B (on Facebbok)

Today I went to my local gun store (US Guns, 9063 SW Barbour Blvd.) to ask about AR-15 guns. I didn't go in to berate, but to try to understand why a store would sell such weapons. The two young guys in the store were understandably jittery but tried to answer my questions.

ME: I'm trying to learn more about the AR-15 and why an ordinary citizen would want one. I already know that the AR does not stand for "assault rifle" or "automatic rifle" but for ArmaLite, the company that developed it.

CLERK at US Guns: Most people use them to shoot cans and stuff.

ME: You'd have to be a very bad shot to need that kind of gun to shoot cans. I did just fine with my BB gun and my dad's 30-06 deer hunting rifle. I didn't need 45 rounds per minute.

CLERK #2: They are good for shooting coyotes and ground hogs because those little suckers really move fast.

ME: It seems that the AR rifles are nearly all you have here, except for the hand guns.

CLERK: Yes, they are our most popular.

ME: But surely everyone isn't buying them to hunt coyotes, ground hogs, and tin cans.

CLERK #2: They are good for wild pigs in Texas. They're a real problem in some parts there.

ME: But we don't have wild pigs in Portland. Why do people in Portland buy these types of guns?

CLERK: Well, some are for protecting their families and property.

ME: Protecting them from whom?

CLERK: I don't know, that's just what they say.

ME: Have you ever had someone you love killed by a gun, and I don't mean while hunting rabbits?

ME: I have. You are young, and the older you get the more likely you are to lose a loved one. Whether you think they are killed by a gun or a person you will discover they are dead. What would happen if you stopped selling AR rifles?

BOTH CLERKS: We'd be out of business.

ME: So it's about the money.

GUY: Yeah, that and all the others who might try to steal your food after an earthquake or take your guns or imprison your family members.

ME: Is that something that really concerns you?

GUY: Yeah, with the way the country has been going the last 7 years. . .

ME: You mean since we got a black president?

GUY: Well, not just that but look at all the Muslims and immigrants streaming across the border to get us. I have six ARs, and plenty of ammunition.

ME: But you can only shoot one gun at a time.

GUY: But I bet I feel lots safer than you do.

ME: No, I'm not afraid of hoards of zombies, Blacks, Mexicans, or Muslims coming after me and my family. I'm more afraid of going out dancing, or to church, or the movies, or school.

I thought of my friend John, a husband and father, who was depressed about school and couldn't buy beer in Utah because it was Sunday, so he bought a gun and shot himself.

I thought of my daughter, who wanted to clean the carpets but was turned away because she was wasn't old enough to rent a Rug Doctor. But she was old enough to have bought a gun if she wanted.

There is something very wrong here and the only way it will get fixed is if we all get off our butts and do something about it. Everyone start by finding your neighborhood gun store and go in and ask questions. Challenge them a bit to think about it and to come clean with the real reasons for these guns. It has nothing to do with the Second Amendment. It has to do with the money they make from paranoid people, made even more paranoid by the NRA. We all have a gun story. Tell them your story and ask them to stop selling AR guns. They probably won't, but you will have made them think about it. 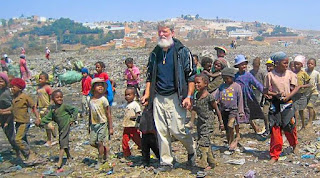