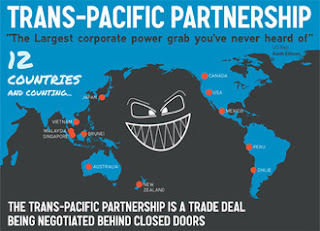 TPP seems to be nothing but NAFTA inflated and expanded ... yet more dangerous because of its lack of openness.

In the long run, it is very highly likely that the participating nations will regret such a pact. The rush and the secrecy behind the agreement package is a dead giveaway to the perils that lie ahead. The manipulators, i.e the puppeteers, behind TPP are big nameless corporations and financial organizations. And the first thing they focus on is their legal immunity in all matters. They even go further and and get assurance of their citizenship rights to sue governments if they feel wronged or damaged. Have you heard AIG (the ungrateful bastard of a corporation) is suing the U.S. Federal government for "its 2008 bailout of the firm violated [their] constitutional rights"?!!

Thus, it is a very scary scenario all around. Corporations are beginning to rule the world. No wonder China is not currently a member of TPP. Maybe, it is because Taiwan already is ... but that could change, of-course.

Meanwhile, the President is dismissing all convincing arguments against TPP as mere scare-based hypotheses. What does he have against hypotheses? Isn't science based on hypotheses and observations? What next ... deny science? ... deny climate change? And even going by observations alone, haven't we observed the behavior patterns of corporations right here inside America? Can you imagine let alone believe a tiger changing its stripes?!

Per Huffington Post, "The House is expected to vote on fast track trade promotion authority as soon as [this coming] week. If it passes, the corporate-negotiated Trans-Pacific Partnership (TPP) is a done deal -- even though it is still secret."
[http://www.huffingtonpost.com/dave-johnson/fast-track-hits-house-nex_b_7465280.html]

The probability that the fast track is going to be authorized is quite high despite vehement opposition from many democrats and even ultra-conservative groups.

OK, I'm game. I would be happy to share my nominations for most obnoxious and overused expressions that make my skin crawl: 'At the end of the day'; 'Moving forward'; 'It is what it is'; 'I know, right?'

A couple years ago, I was in a German hotel, waiting to meet up with my brother and sister-in-law. I had the TV on because it was fun to watch German-speaking TV, trying to figure out what they were talking about. There was a movie on, something in the vein of Valley Girls. There were three teenaged girls walking down the street, angsting, and one of them said: 'Oh Mein Gott!' Cracked me up! Suddenly the offending 'Oh My God' didn't seem so bad anymore, when it was expressed in another language.

So now, whenever I hear an overused expression, I translate it to German. I figure I can learn the language, one idiotic idiom at a time. If they overuse the expressions as much as we do, it'll practically make me fluent!


It was simply delicious the way David Letterman eviscerated the dunderhead Bill O'Reilly on "Late Night with David Letterman" back in 2006. It was classic Letterman!!

A zinger from way way back! - by TPO 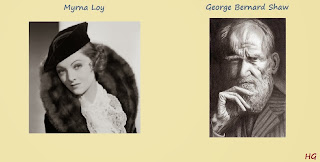 Myrna:=> Mr. Shaw, I think if you and I were to wed, our offspring will have my beauty and your brains. What could be more marvelous than that? 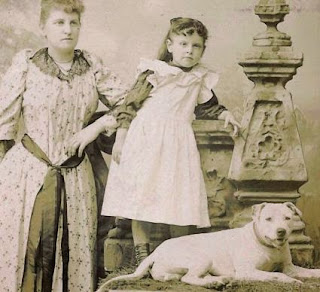 Mother's Little Sayings
From: "Good Little Girl",
The Bulletin Board,
Saint Paul Pioneer Press (03/21/2015)
==================================
Good Little Girl:
"My mother used to say:
- Hell's bells! when she made a mistake.
- Landagoshen! as an exclamation. (I thought she was saying Atlantic Ocean, but it probably was Land of Goshen.)
- If all's well about anything in the future: 'If all's well, Daddy will take us for a ride tonight.' I thought she was talking about the season, fall.
- What you don't see when you haven't got a gun! (No violence intended.) One time, my 2-year-old sneaked out of the house with nothing on but his big sister's saddle shoes. Mother said: 'What you don't see when you haven't got a gun!'
- His nibs when she referred to my favorite uncle.
- That takes the cake for anything out of the ordinary.
- Pride cometh before the fall. She'd say this so often; it's etched in my mind!
- God love him whenever she held a child.
- That beats all! for anything exceptional.
- It was only a love-tap anytime your brother or sister hit you.
- Don't make that face! God will freeze it and you'll look like that forever.
- Eat your crusts, or Mr. Hoover will get you.
- Eat your crusts if you want curly hair.
- If you don't sit down to eat, all the food will go to your feet.
- You look like a Fiji-Islander when we didn't comb our hair.
-Don't get up on your high horse if we became indignant over anything.
- A long drink of water to describe a really tall person.
- If asked where she or her relatives were from, the answer was always County Mayo, God help us.
- We'd say Hocus pocus dominocus without realizing it was probably making fun of the most sacred Latin liturgy."
-----------------------------------------------------
Good Little Girl, days later:
"When I sent you the list of expressions the other day, how could I have forgotten my mother's most famous one:
- Offer it up. We'd skin our knees on the stony tar in the alley and come in covered with blood. She'd say: 'Offer it up.' We'd have to walk eight blocks to school in 10-below-zero weather. She'd say: 'Offer it up.' We almost died from measles. She said: 'Offer it up.'

Somehow it worked. I think the saving factor was that, when things were hard for her, she'd always say: 'I'm going to offer it up.' It wasn't just something she imposed upon us.
All the things that were difficult for us, we believed could help someone else: the poor souls in Purgatory, the Pagan Babies, the sick and the dying. I think we were more aware of the interdependence of humanity than kids are today. We honestly felt that our being brave and good and kind and long-suffering could affect complete strangers if we offered it up.
......................................
Of course, I still do ...." 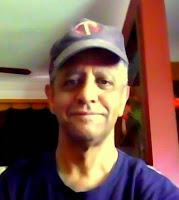 The Terrorism Within Racism - by TPO

The Terrorism Within Racism *
- by TPO -

George Yancy:-
When I think about the title of your book “On Western Terrorism,” I’m reminded of the fact that many black people in the United States have had a long history of being terrorized by white racism, from random beatings to the lynching of more than 3,000 black people (including women) between 1882 and 1968. This is why in 2003, when I read about the dehumanizing acts committed at Abu Ghraib prison, I wasn’t surprised. I recall that after the photos appeared President George W. Bush said that “This is not the America I know.” But isn’t this the America black people have always known?

Noam Chomsky:-
The America that “black people have always known” is not an attractive one. The first black slaves were brought to the colonies 400 years ago. We cannot allow ourselves to forget that during this long period there have been only a few decades when African-Americans, apart from a few, had some limited possibilities for entering the mainstream of American society.

George Yancy:-
[sic,] the reality of racism (whether it’s anti-black, anti-Arab, anti-Jewish, etc.) is toxic. While there is no single solution to racism, especially in terms of its various manifestations, what do you see as some of the necessary requirements for ending racist hatred?

Noam Chomsky:-
It’s easy to rattle off the usual answers: education, exploring and addressing the sources of the malady, joining together in common enterprises — labor struggles have been an important case — and so on. The answers are right, and have achieved a lot. Racism is far from eradicated, but it is not what it was not very long ago, thanks to such efforts. It’s a long, hard road. No magic wand, as far as I know.

It has always been a strange mystery to me why ...

2 -  Carnivores will kill other carnivores for territorial domain. Also, they don't like to share their kill with others outside their own group.

3 -  Herbivores hardly ever kill except in self-defense or by unfortunate accident.

4 -  If carnivores think that herbivores taste good, then why won't carnivores go to the initial sources of good taste ... grass, plants, and weeds!!!

5 -  And then there are the omnivores ... they kill everything, and eat everything. Sometimes they kill for no reason at all. They are similar to locusts in their appetites and in the blight they leave behind them.

6 -  Why don't carnivores and herbivores join forces and wage war on omnivores?!

Email ThisBlogThis!Share to TwitterShare to FacebookShare to Pinterest
Labels: Biographical (Personal), My Scrapbook 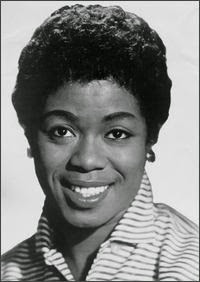 "the great escape" - by Charles Bukowski 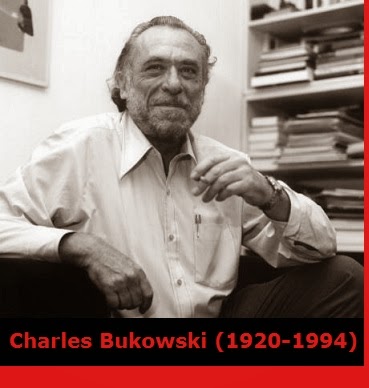 the great escape
by Charles Bukowski
~~~~~ *** ~~~~~
listen, he said, you ever seen a bunch of crabs in a
bucket?
no, I told him.
well, what happens is that now and then one crab
will climb up on top of the others
and begin to climb toward the top of the bucket,
then, just as he’s about to escape
another crab grabs him and pulls him back
down.
really? I asked.
really, he said, and this job is just like that, none
of the others want anybody to get out of
here. that’s just the way it is
in the postal service!
I believe you, I said.

just then the supervisor walked up and said,
you fellows were talking.
there is no talking allowed on this
job.

I had been there for eleven and one-half
years.

I got up off my stool and climbed right up the
supervisor
and then I reached up and pulled myself right
out of there.

it was so easy it was unbelievable.
but none of the others followed me.