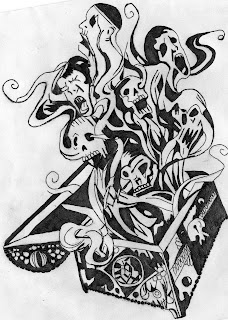 Obviously we are living in unreal or surreal times.  It wasn't too long ago that we, as individuals and as a nation, felt certain about our past, confident about our present, and optimistic about our future.  But of late, and specifically over the last year, there have come into our lives certain shifts of mood, and certain disenchantment with our mode-de-vie (way of life).  No doubt, there are dialectical forces behind our political existence.

Decades of wars, economic crises, and political (philosophical) changes have left us unsettled and unsatisfied.  Then came 2016.  We said:  Enough already!  We need total and systemic alterations to not only the conduct but to the direction of Government!

We saw Bernie Sanders on the left denouncing the wealthy and the powerful for corrupting everything inside the Government.  However, he didn't get much traction from the democrats.

On the right rose an odd nationalist, quasi-populist  Donald Trump with an effective "promise" to drain Washington's swamp.  Strangely, his success was buoyed even further by the opportunistic republicans, and he became President.  And right away, he did not lose any time opening Pandora's box and society's poisons have been unleashed upon us.  What are they?

They are ... doubt, distrust, fear, and anger!  How did Mr. Trump accomplish this feat? In many ways ...
~ Misrepresentation of facts.
~ Denunciation of facts as false ( "Fake" news, "Fake" media, etc.).
~ Mastery of the confidence game (trickery, deflections, and empty promises).
~ Veiled threats.
~ Megalomania that appeals to certain segments of society.
~ Fox-News, and the predictable right-wing wacko media.
~ Spineless politicians on both sides of the aisle.

What do we need badly to get us out of this political morass and moral decline? ...
~ Truth speakers.
~ Courageous protests.
~ Political and civic participation at all levels of government ... volunteering, voting, etc.
~ Not losing our faith or our hope in our country.  We've been tested before ... we've come thru before ... we shall overcome again!
~ Let's stay focused! 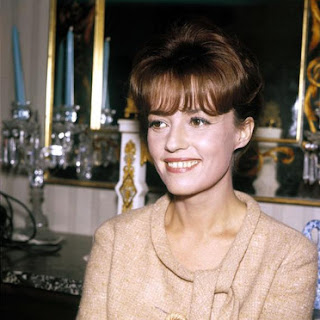 ~ I am a woman with absolutely no sense of nostalgia.

~ I decided my glass would always be half full, never half empty.

~ I've never worried about age. If you're extremely, painfully frightened of age, it shows. Life doesn't end at 30. To me age is a number, just a number. Who cares?

~ Like every human being I have everything in me - the best and the worst.

~ You have to know cold to appreciate warmth.

~ Love is like the soup, the first spoonfuls are too hot, the last ones too cold.

~ Age does not automatically bring wisdom. It might bring you knowledge, but wisdom is not a cold cream that you rub in each night and then wake up smarter in the morning.

~ I always have the impression that I am in the midst of becoming. Even if it's my death that's becoming. It's in process. It's not over.

Defining and understanding the concept of "Civics" ===> Wikipedia gives a good, clear, and all-encompassing definition of the term: "Civics is the study of the theoretical, political and practical aspects of citizenship, as well as its rights and duties; the duties of citizens to each other as members of a political body and to the government. [Civics] includes the study of civil law and civil code, and the study of government with attention to the role of citizens as opposed to external factors in the operation and oversight of government."

In essence, civics consists of sociopolitical dichotomies in our sovereign existence.
~ There are Rights (privileges) and there are Duties (responsibilities).
~ There is Law and there is Order (which subsumes disorder).
But over-riding and reining in all of these fractious matters is a virtuous concept known as "Civility".

While the origins of civics are certainly ancient, its status globally today range from thriving to endangered to non-existent. Here, in the United States, Civics has been essential, and very relevant in the daily political life of citizens at least up until the mid 1970's. Post-Watergate, the country has been experiencing a serious sociological facelift. With the advancement of the information age thru technology, we have been reaping the benefits certainly of knowledge. But unfortunately, wisdom has eluded us because we have seriously neglected history and civics. And if even a case could be made to the contrary, the current political situation of America reflects unpleasant realities. We have evidence that the fundamental principles of integrity and responsibility have been abandoned by people of means and power.

Sadly, the knowledge and practice of Civics in America today have turned out to be  entirely different things. Civics has been diluted, polluted, and almost totally shorn of the essential pillars of its structure, namely civility and responsibility. Lately, bullies have been running amok everywhere. You see them in all levels and branches of Government (yes, including the Supreme Court), in the media, in church organizations, in businesses, and in the police forces.

Integrity, which is the consolidation of civility and responsibility, is a rarity these days. Furthermore, loyalty and patriotism hardly mean what they used to. We have a President who kowtows to a foreign power while disabusing the citizens of his own nation. We have politicians whose bottom line is "winning" by any and all means. The party in power wants to exclude the minority even from hearings or consulting sessions. But when things go wrong, responsibility is shirked by blaming the minority.

We are where we are now because we have not pushed ahead with our respect for Civics, its study and practical application in all walks of life. We have forgotten that Civics is the bedrock of Freedom and that in turn is the essence of America.

Hardly a Standoff ! - by Anonymous 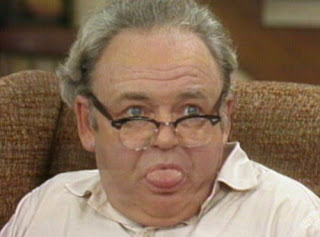 Hardly a Standoff !
by Anonymous
~~~~~~ // ~~~~~~
[ There is nothing worse than a Doctor's receptionist who insists you tell her what is wrong with you in a room full of other patients.  Most of us have probably experienced this, but we have to admire how this old guy handled it. ]

A 65-year-old man walked into a crowded waiting room and approached the desk.

The receptionist said, "Yes sir, what are you seeing the Doctor for today?"

"There's something wrong with my dick," he replied.

The receptionist became irritated and said, "You shouldn't come into a crowded waiting room and say things like that."

"Why not, you asked me what was wrong and I told you," he said.

The receptionist replied, "You've just caused some embarrassment in this room full of people. You should have said there is something wrong with your ear or something and discussed the problem further with the Doctor in private."

The man replied, "Then you shouldn't be asking people questions like that in a roomful of strangers if the answer could embarrass anyone."

He then walked out, waited several minutes, and then re-entered.

"There's something wrong with my ear," he stated.

The receptionist nodded approvingly and smiled, knowing he had taken her advice.  "And what is wrong with your ear, sir?"

Moral ===> Mess with seniors, and you're going to lose!