Once upon a time there was an Italian,
And some people thought he was a rapscallion,
But he wasn't offended,
Because other people thought he was splendid,
And he said the world was round,
And everybody made an uncomplimentary sound,
But he went and tried to borrow some money from Ferdinand
But Ferdinand said America was a bird in the bush and he'd rather have a berdinand,
But Columbus' brain was fertile, it wasn't arid,
And he remembered that Ferdinand was married,
And he thought, there is no wife like a misunderstood one,
Because if her husband thinks something is a terrible idea she is bound to think it a good one,
So he perfumed his handkerchief with bay rum and citronella,
And he went to see Isabella,
And he looked wonderful but he had never felt sillier,
And she said, I can't place the face but the aroma is familiar,
And Columbus didn't say a word,
All he said was, I am Columbus, the fifteenth-century Admiral Byrd,
And, just as he thought, her disposition was very malleable,
And she said, Here are my jewels, and she wasn't penurious like Cornelia the mother of the Gracchi, she wasn't referring to her children, no, she was referring to her jewels, which were very very valuable,
So Columbus said, Somebody show me the sunset and somebody did and he set sail for it,
And he discovered America and they put him in jail for it,
And the fetters gave him welts,
And they named America after somebody else,
So the sad fate of Columbus ought to be pointed out to every child and every voter,
Because it has a very important moral, which is, Don't be a discoverer, be a promoter. 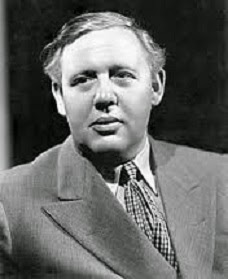 * Moyers & Company (BillMoyers.com)
TPO's assessment :
Michelle Alexander is Bill Moyer's guest on his show. Here she discusses the historical background, and reasons for the current festering state of America's social issues (eg. incarceration cycles, legal discrimination, etc). Why does America continue to be permeated by fear, hatred, prejudice, and ignorance?

Ms. Alexander gets to the root of the issues in a clear and passionate manner that leaves few stones unturned. It should be noted that she is not just a problem-pointer. She also offers constructive and practical ideas for the direction to which we should head. In this day and age where the loudest voices are repeatedly found to be the wrong and the false ones, it is refreshing to find individuals such as Ms. Alexander that do good.

Mr. Moyers is an immensely astute and incisive truth-seeker, and Ms. Alexander is a dedicated, very intelligent, and well-spoken social activist. We should hold these two Americans in the highest esteem and be thankful for their contributions to our society. 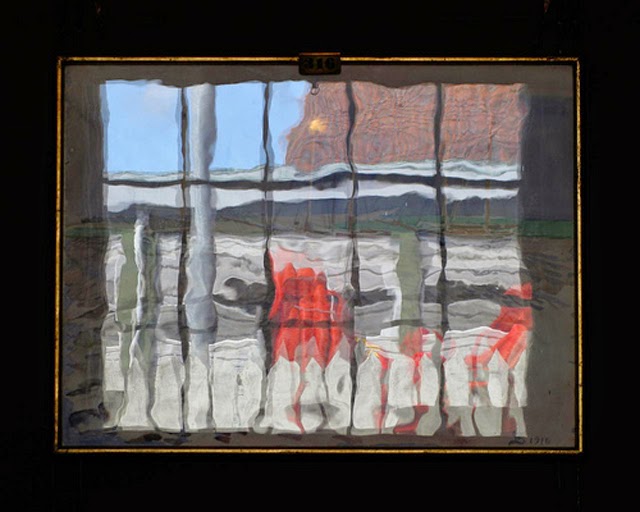 G.O.P. Unveils Immigration Plan: “We Must Make America Somewhere No One Wants to Live”

Senate Majority Leader Mitch McConnell unveiled his party’s long-awaited plan on immigration on Wednesday, telling reporters, “We must make America somewhere no one wants to live.”

Appearing with House Speaker John Boehner, McConnell said that, in contrast to President Obama’s “Band-Aid fixes,” the Republican plan would address “the root cause of immigration, which is that the United States is, for the most part, habitable.”

“For years, immigrants have looked to America as a place where their standard of living was bound to improve,” McConnell said. “We’re going to change that.”

Boehner said that the Republicans’ plan would reduce or eliminate “immigration magnets,” such as the social safety net, public education, clean air, and drinkable water.

The Speaker added that the plan would also include the repeal of Obamacare, calling healthcare “catnip for immigrants.”

Attempting, perhaps, to tamp down excitement about the plan, McConnell warned that turning America into a dystopian hellhole that repels immigrants “won’t happen overnight.”

“Our crumbling infrastructure and soaring gun violence are a good start, but much work still needs to be done,” he said. “When Americans start leaving the country, we’ll know that we’re on the right track.”

The Wisdom and Wit of Samuel Johnson - by TPO 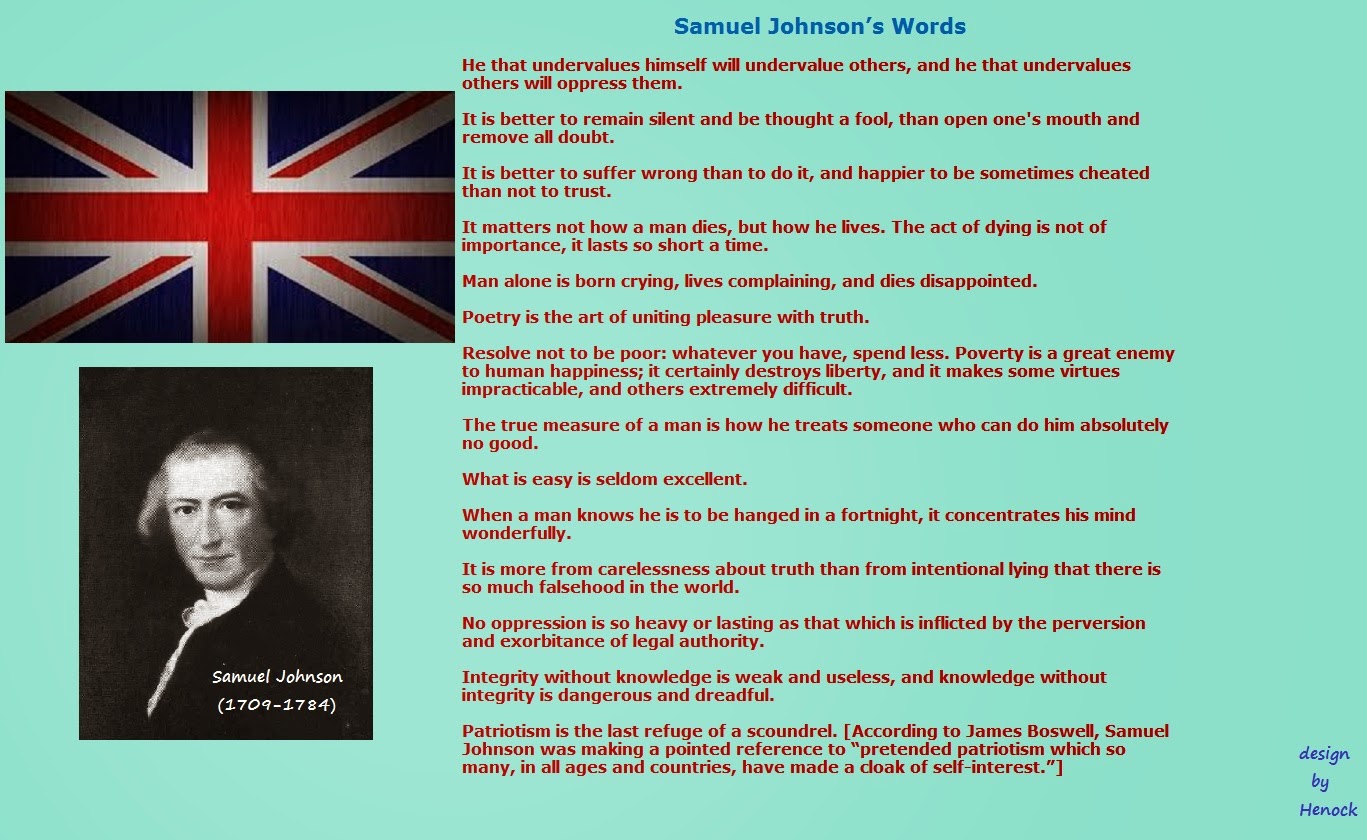 It is better to remain silent and be thought a fool, than open one's mouth and remove all doubt.

It is better to suffer wrong than to do it, and happier to be sometimes cheated than not to trust.

It matters not how a man dies, but how he lives. The act of dying is not of importance, it lasts so short a time.

Poetry is the art of uniting pleasure with truth.

Resolve not to be poor: whatever you have, spend less. Poverty is a great enemy to human happiness; it certainly destroys liberty, and it makes some virtues impracticable, and others extremely difficult.

The true measure of a man is how he treats someone who can do him absolutely no good.

What is easy is seldom excellent.

When a man knows he is to be hanged in a fortnight, it concentrates his mind wonderfully.

It is more from carelessness about truth than from intentional lying that there is so much falsehood in the world.

No oppression is so heavy or lasting as that which is inflicted by the perversion and exorbitance of legal authority.

Integrity without knowledge is weak and useless, and knowledge without integrity is dangerous and dreadful.

Patriotism is the last refuge of a scoundrel. [According to James Boswell, Samuel Johnson was making a pointed reference to “pretended patriotism which so many, in all ages and countries, have made a cloak of self-interest.”]