"Ain't No Sunshine" - by Bill Withers 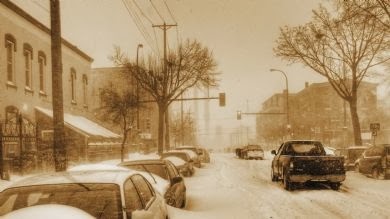 "Ain't No Sunshine"
by
Bill Withers

Pray tell it again! - by TPO 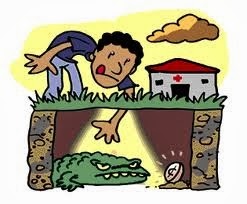 It has been quite  a while now since I have gone out and done the social scene. But back some time ago when I was single and adventurous, I used to hang out with all sorts of people with hilarious and or outlandish goings-on in their lives ….

Here in Minneapolis, right within U of M’s West Bank neighborhood, there used to be back in the ‘80’s and 90’s a quaint little diner called Chili Time. It was quite a popular hangout with Ethiopian-Americans. We used to congregate there for breakfast and coffee on the weekends. The food was simple and decent, and the service was quite good. I know, for sure, nobody would admit to it now or back then … but everybody was salivating over the two well-endowed and friendly waitresses working there. I would bet those gals were just about the best-tipped workers in the whole of the Twin Cities at that time. I mean the guys were leaving fifty to a hundred percent tips just for the teasing smiles or the friendly-hand-on-the-shoulder alone.

I, myself, fancied one of these girls – I believe her name was Cindy or Cathy, I forget. We had exchanged telephone numbers, and I was planning to call her and ask her out. But somehow I never got around to it, and then one day I saw her with another dude (a fellow Chile Time customer) at a club … and so that was the end of that or so I thought. But not quite! Not long after, I ran into another acquaintance from the coffee club who told me of his interesting date with the magnanimous Cindy or Cathy. His story was not very flattering at all. He said that while he was in the throes of making love to her, he made the mistake of asking her about another guy he had seen her with and if it was serious. What happened next is one for the books … she snapped at our Romeo and hissed, “Shut up and f--k!”

So ends this tale of caution. You can now resume viewing your regularly scheduled program. Please hit Play!


The Prawn and the Crab (as told by David Niven)

A Conversation with Margaret Atwood - by MPR 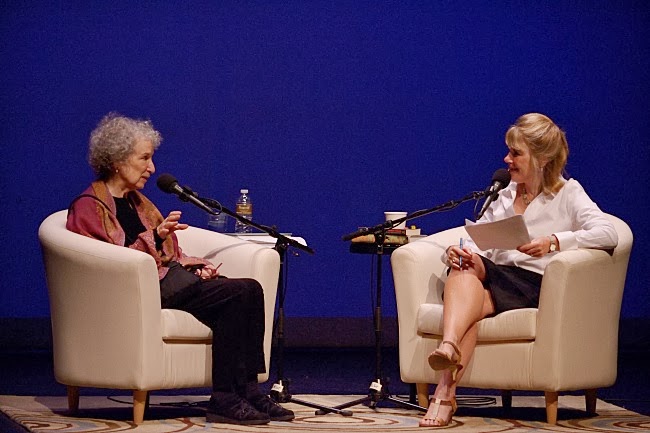 To See - by William Blake 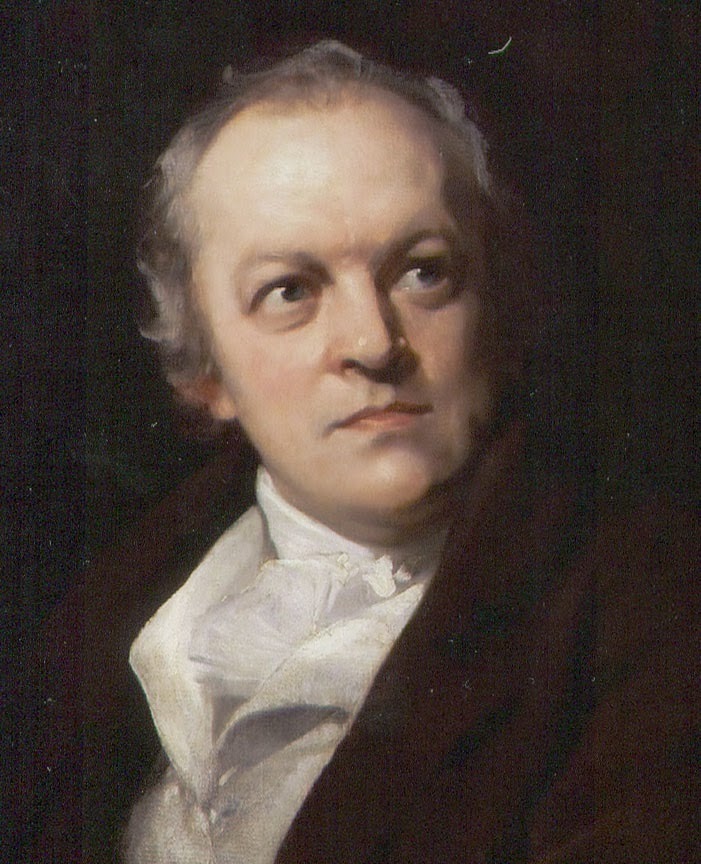 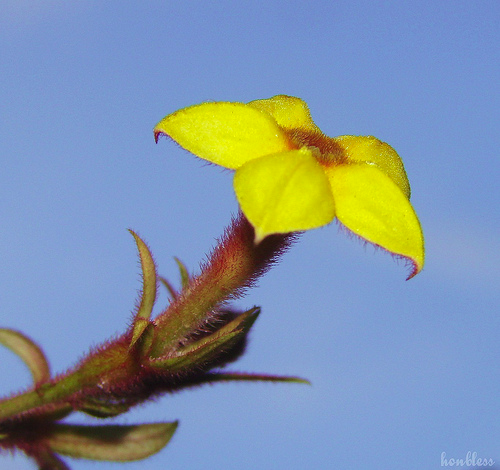 To see a world in a grain of sand,
And a heaven in a wild flower,
Hold infinity in the palm of your hand
And eternity in an hour.

Email ThisBlogThis!Share to TwitterShare to FacebookShare to Pinterest
Labels: My Scrapbook, Poetry

Stranger to My Happiness - by Sharon Jones & the Dap-Kings 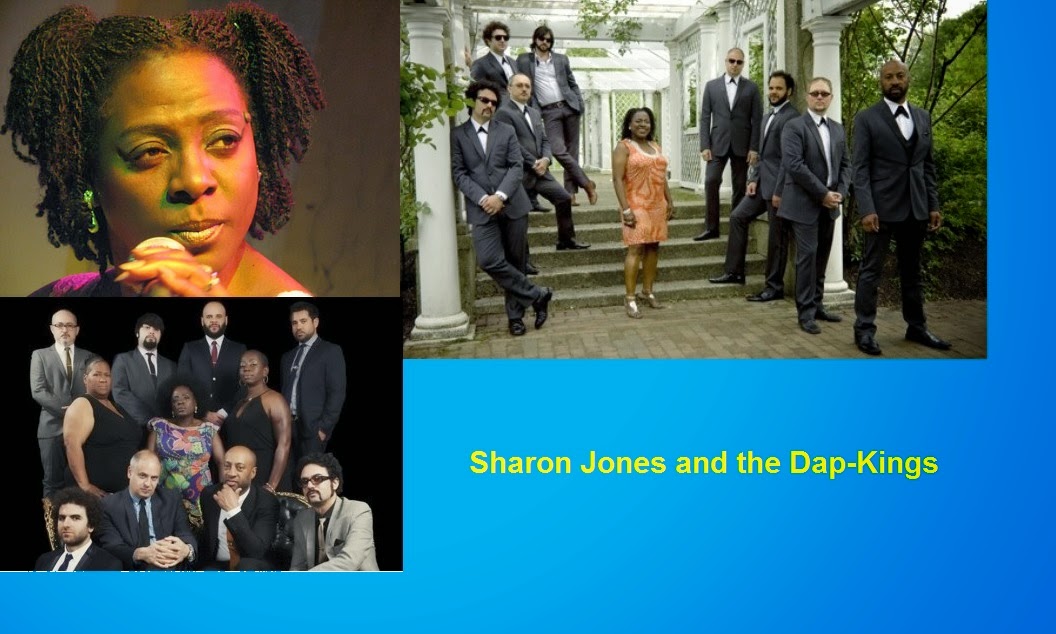 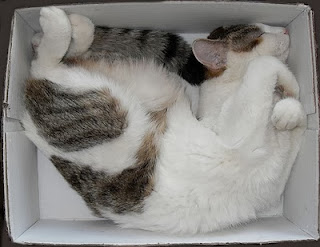 Well, the new year is underway. Already it has been pretty eventful here but in a rather depressing way. We've had a couple weeks of a cold snap (sub-zero temps) in the Twin Cities. It was only last Saturday that we got some reprieve, and we could begin to thaw out. Also, this was the first opportunity to go out and visit some friends and see how they are doing. So it was that I drove out to Coon Rapids to check on old Zack. I'm happy to report: The tough ol' curmudgeon is hanging in there. He told me he's got everything under control now ... and he's right on track with his retirement schedule at the end of the current year!

I always enjoy my time with Zack ... I find it  cathartic hearing about his trials and travails, and I'm sure he enjoys unburdening himself to me as I am a trusted friend. He once told me that I might even be his alter-ego or something of that nature ... he said I always knew where he was coming from when he talked about his experiences. In some sense, of-course, he is right. We're both the same age and have had similar things happen to us, although his were more dramatic and noteworthy. For my part, I do cherish his friendship and trust. Zack knows that I write about him in a sensible and sensitive manner. His real name, for example, is not Zack. Funny thing, though, ... he likes the name Zack. He also jokes that as I am like his father-confessor-priest-counselor, I should perhaps be called Father Foghorn, or Doc Inshop.

Astute and forward-looking that he is, Zack told me that he has some good (positive) feelings about 2014. To begin with, his health is pretty much okay ... he does get some signals of the shape of things to come ... little things like creeping arthritis, dizziness (higher blood pressure), and maybe loss of hearing. These are all things that people approaching their mid-sixties should take in stride anyways. However, Zack's immediate concern, as usual, is his work environment. He said that he is now right on track as far as his coping mechanism and strategies go at Hell-House [his name for his workplace]. I asked him if there were any new incidents with his manager or supervisor. Zack said that short-fat-and-ugly [his words] is probably too occupied with other victims right now. Zack may not be out of the woods completely, but he is prepared for all eventualities. As far as the supervisor goes, there is not much to be said about the weaselly sidewinder [again Zack's words]. The tyrant and the lackey recently made a show of goodwill with presents of candies and cookies for the workers. Zack would have none of it ... he would have gotten indigestion and heartburn if he had eaten from the villains' hands, he said.

Nonetheless, he is quite cheerful. Less than a year to go, lucky guy! Maybe even eleven months, if he can swing it. Till then, all he has to do is stay under the radar. There will be no extra effort to shine in one's job ... none of the beyond-the-call-of-duty dedication or some such nonsense from Zack anymore. I asked him if he was going to blatantly show bad exit-behavior. He said that while that is not such a terrible idea, it inherently was not productive. It would be basically a wasted effort, and may actually create more hardship for him. He told me he would rather do things covertly and not expose himself to further aggravation. It is almost certain that the manager and the sad-sack lackey already think of Zack as a bad egg, to put it mildly.

In sum, Zack says that everything seems to be rolling along fine for now. Should any incidents flare up, Zack [good boy-scout that he's always been] is firmly prepared. He shall prevail!