"Presenting Ethiopia"
~ by Hénock Gugsa ~
Here is a video I hurriedly put together.  It is something less dispiriting and less somber with which to end the year.  I am hopeful you will find it fun, interesting, and maybe even wistfully diverting.  It is a bird's eye-view of an ancient land, its people and its history!

Incidentally, this is actually the 1,000th post or entry in this blog.  I began TPO in 2009.  Unfortunately, this could very well be my last posting as I am beginning to slowly lose interest.  Sadly, there has been very little encouragement for my efforts from any corner.  For the most part, I have actually not been getting any reaction of any kind whatsoever!  As a result, from this point on, my posting will definitely and markedly be reduced or suspended indefinitely!

My thanks to all the people near and far who have read or viewed any of the posts here over the years!!! 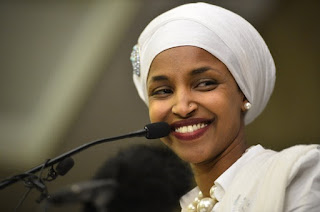 State Rep.-elect Ilhan Omar, DFL-Minneapolis, said Monday that she reported to Washington, D.C., authorities an incident from last week in which she said she was harassed and threatened by a cabdriver ....
Omar, who will become the country's first Somali-American state legislator, was in the nation's capital last week for a conference attended by other state lawmakers. In a post on Facebook and Twitter last Wednesday, Omar said that she and her sister endured harassment the day before by a D.C. cabdriver after she attended a training at the White House.
The driver, Omar said, called her "ISIS" and threatened to remove her hijab.  [In] her Monday statement she described [the cabdriver] as an "African immigrant."
"It is essential we recognize what happened to me is not an isolated incident ...."  Omar said she has not filed a police report "because I believe criminalizing hate is not a solution and will only strengthen individual malice. Bigotry is a product of ignorance; by educating people, we will move toward respect and understanding."
* Source: Star Tribune, December 12,2016
====================================
I find this report of the allegation by Ilhan Omar very confusing and troubling!  My reasons (or questions) are as follows ...
1 - Why does she not consider this a "criminal" act ?  Does she not consider "Hate" a serious offense tantamount to crime?  Is she maybe acknowledging there has also been a lot of "Hate" and resentment inside her own [the Somali] community for quite some time now?
2 - Does she think that the fact [?] the cabdriver is an African mitigates the seriousness of the issue?  Would she be more concerned if he had been a non-black person?
3 - Has it ever occurred to Ilhan Omar that when she chose the path of public office, especially in the prevailing political climate, that she is fair game from all sides including her own?!
4 - Does she recognize that her duty now is mainly to work within her own community (changing minds, attitudes, and rigid beliefs) and then to liaise with the rest of society to bring about improved understanding and agreement? 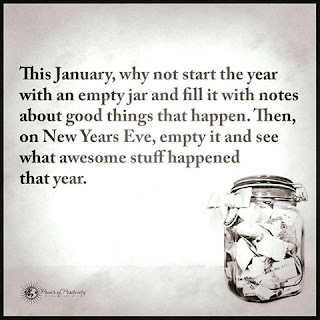 This past week, I had a good exchange with a friend on Facebook ....

HG ===> At another post, a friend suggests that starting January 1st ... how about logging down on paper (in a file somewhere) only the good things that happen in your life. Then, at the end of the year, go back and read them and smile.  Life has got to offer some good things even in the bleakest of times!

DK ===> I named my office my "I love me room!"  I have a wall of acknowledgments to remind me that I can stand for things worthy the effort, and I have a file drawer full of notes from former students, parents, colleagues and people in the community.  When I find the world bearing down on me and feeling hopeless, I open that drawer and humbly wrap myself in gratitude for the blessings life has brought me.  It helps when things seem their bleakest to have a touch stone.

HG ===> Thank you, Dan. Life indeed is a worthwhile undertaking in the hands of a wise person.  Above all, the learning, the sharing, and the caring is what I find most blissful and satisfying.  And if "memory" or the capacity for it remains in tact, then we can say that sanity is achievable ... humor and balance will stay in place! 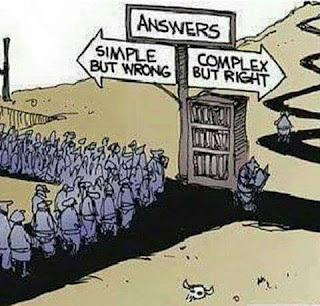 The Multitude Are Wrong!
~ by Hénock Gugsa ~
Recently on Facebook, I responded to somebody named CG [initials] who made the following inane comment to the posted picture meme ....

CG ===> I absolutely love how ironic this picture is, and you all are proving it. It is simply saying ALL issues aren't so simple and everyone needs to be well informed. Nowhere does it mention politics, but what do so many of you do? You simply the issue to a "Democrats vs Republicans."
For fuck sakes, get your head out of the politician's assholes and THINK for yourself.
_______________________________
[ and I responded to CG as follows ...]

HG ===> Curtis: Couldn't you just simply give us only your take on the message in the meme instead of your snarky commentary about the world? I do not get anything of value from your commentary here, but I want you to know that I like and agree with the message in the meme. I don't have to give anyone a reason why ... do you give your reason for everything you do or for your beliefs and judgements?!

HG ===> ... and oh, incidentally, I see that  286  people have given your commentary a thumbs up.  I believe this proves that indeed the multitude seem to prefer taking the wrong path as stated by the meme.  This is a perfect example of "res ipse loquitur" ["the thing speaks for itself"].

[Choices and Pitfalls of] Decision Making ~~ by TPO 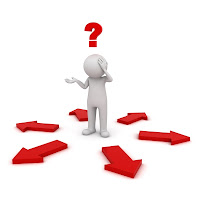 [Choices and Pitfalls of] Decision Making *
======= // =======
<<....  In 2006, J. Edward Russo, a psychologist specializing in decision making at Cornell's Johnson Graduate School of Management, ran a series of experiments to illustrate just how easy it would be to get us to go against our own best interest with just a bit of clever framing.  First, he and his colleagues asked a group of students about their restaurant preferences for two pairs of fictional restaurants that were described according to ten different attributes (atmosphere, daily specials, driving distance, speed of service, and the like).  Two weeks later, they asked  everyone to come in for a follow-up.  This time, the list of attributes was modified and ordered in a very specific way.  The information was identical, but now the characteristic that most favored the inferior restaurant was placed first -- and the less favorable last.  Everyone was next asked to rate the restaurants a second time, and then to say how confident they were of their choices on a scale of zero (uncertain) to one-hundred (completely certain), where fifty represents a toss-up.