Learning about "Back to School!" - by Tidbits 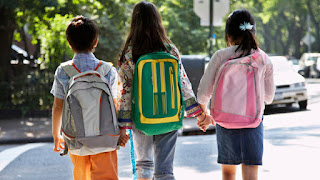 Founded in 1635, Boston's Latin School is the oldest public school in the U.S.  Five of the 56 signers of the Declaration of Independence graduated from this school: Benjamin Franklin, John Hancock, Robert Treat Paine, Samuel Adams and William Hopper.

Even though Thomas Jefferson was all for free public education, and tried to promote it, only America's wealthy were able to get an elementary school education [until the 1840's].  Then, Horace Mann, Henry Barnard and other reformers tried to get tax-funded schools. These gentlemen thought that if schools were paid for by taxes, more people would attend ... and this would spread education.  It [in turn] would help produce better citizens, unite the society, and prevent much crime and poverty.  It turns out that in large part [these reformers] were right!

Brooklyn Technical High School - Brooklyn, NY - with a total of 8,076 students is the undisputed heavyweight champ as the largest high school in America!  [However,] the world's biggest school is in India, and it has 47,000 pupils, 1,000 classrooms, and 3,800 staff.  Dr. Jagdish Gandhi started the school in 1959 with only five pupils.  He believed every child has the right to an education.  The school receives no government funding; parents are charged a small fee for their children to attend.

In Minnesota, the largest school is Wayzata High in Plymouth with a mere 3,181  students.

Interestingly, high school was not really a part of the school system in the U.S. until the 1930's.  Before that, most Americans only completed eight years of school.  Why was that and what changed it?  Well, during the Great Depression, there  were many communities with little work to offer.  They figured that keeping teenagers in the classrooms would keep them off the work force, thus reducing the competition for many adults who required higher pay than a teen would.  Hence, a little more schooling for the kids!

La Revolución - from the 1966 movie, "The Professionals" 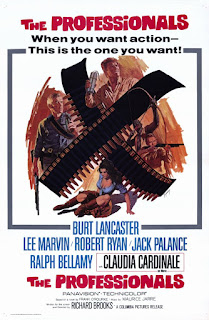 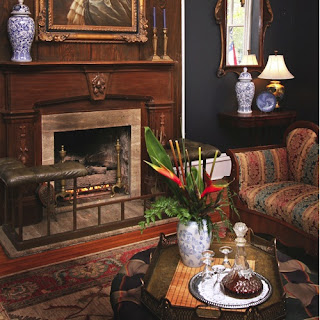 Well, let me start with "Capitalism". It is a set of economic beliefs that holds fast to the notion that a free and untethered market place for goods and services will produce the utmost benefit to both consumers and producers. The guiding principle here is "laissez-faire," which translates as Hands-Off, meaning Government(s) should basically have little or no influence in the production or sale of commodities. The role of Government should be to facilitate and accommodate the marketplace to flourish (by providing defense, protective laws and lax regulations, low taxes, and favorable international trade positions).

Plutocracy and Oligarchy are almost synonymous, in my view. They vary from each other only in size and scope. They are similar in the fact that neither one is an adherent of democracy. A truly representative government that advocates and looks out for the people is considered almost an anathema by both groups!

A plutocracy consists of a small group of economic heavy-weights that have strong influence in the economic and political direction of a nation. These plutocrats can be CEOs of large multinationals, banks, conglomerates, etc. They are shakers and movers ... think of Fortune 500. However, these guys don't necessarily have to be the same folk or corporations for ever. From decade to decade, you may have different guys ruling the roost.

On the other hand, oligarchy is a narrower set of players. It is indeed a very few number of individuals who wield enormous sway on a nation's economy and its political path. They are very powerful because of their enormous and bottomless source of wealth. Two supreme examples are the multi-billionaires of today : The Koch Brothers, and The Walton family. These oligarchs have more staying power than plutocrats. In fact, plutocrats may be working for them.

The above is totally my view and assessment of these matters.

The Love Test - by Naftali Reich 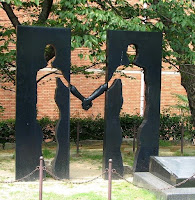 The Love Test
by Naftali Reich *

///// === /////
You shall not listen to the words of [a false] prophet or dreamer of dreams. You must turn a deaf ear to him. It is not enough to ignore, reject or disdain his words. That only shows good intellectual judgment, not passionate [feeling]. You must place your hands over your ears and blot out those terrible words from your earshot, from your very consciousness. You must show that the love burning in your heart makes you wince and cringe at each blasphemous syllable, that you cannot bear to listen.
“I am having serious problems with my wife,” a man told a great sage. “We bicker. That wonderful feeling we had when we first married is gone.”

“Indeed?” said the sage. “I’m not surprised. You see, I’ve heard she was unfaithful to you.”

“What!” screamed the man. “That cannot be! She is a fine, loyal woman. My wife would never do such a thing. Take those words back right now! How can you say such a terrible thing about my wife? I can’t even begin to tell you what a wonderful person she is.” 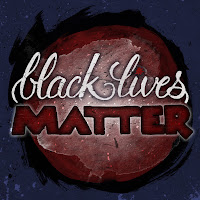 I have not understood why some people have taken offense (or exception) to the recent (year-old) slogan: "Black Lives Matter."

I think the context of its origin is lost on many. The intent or implied message is: "Black lives matter just as much as white lives."

It is clearly evident that the abuse and atrocities are more plentiful for the black community as opposed to the white.

If there were a need to say "All lives matter", it should have been done loudly way before these abuses came to light. This latter slogan somehow seems to me like a Johnny-come-lately attempt to water down or trivialize a serious social trauma.

The Life and Death of Eddie the Donator - by R.F. Fuddy Daddy 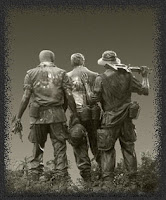 One of them was Eddie. Eddie was tall, very thin and had poor eyesight. He couldn't run or jump because he had what seemed to be a frozen spine. Nothing went his way. The song lyrics 'If it weren't for bad luck, I'd have no luck at all' fit Eddie to a T.

In his teens, he got into a lot of fights. We nicknamed him The Donator because he lost blood as well as fights.

Even when he bought a car, things went wrong. To celebrate his purchase, he bought a 16-gallon keg of beer and put it in the back seat. He and a couple of his friends then drove around the area all afternoon and part of the evening. After dark, they decided to tap the keg, which was still in the back seat. The result was about 14 gallons of foam, which filled the car. After they 'defoamed' the car, they drove around again, got into an accident and totaled the vehicle. He had forgotten to insure the car, so he ended the day with no beer and no car.

About this time, the Vietnam war was heating up, and Eddie was drafted. We could never figure out how he passed the physical. He was 6-foot-3, 125 pounds, no muscle, couldn't run or jump and was half-blind.

I still remember the day my brother called me and said Eddie was being sent to Vietnam. I also remember the sinking feeling in the pit of my stomach.

My brother and I went to D.C. to see him some years ago. 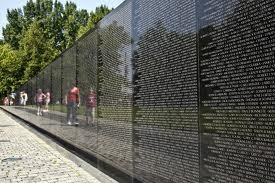 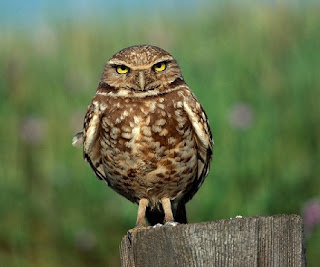 A New York City bond broker, trying to take advantage of the downturn in stock prices, is running a series of commercials on the radio.

The owner of the firm tells a story about people who were enthusiastic about skyrocketing stock prices that refused to listen to any discussion about investing in conservative, slow moving bonds. They said buying bonds was about as exciting as "watching the grass grow".

"Watching the grass grow is better than watching the house burn down", was the quick-witted reply the broker gave to his prospective clients.

In today's world everyone is speed-oriented. Snail mail, the traditional written word delivered by the postal service to one recipient at a time has dropped drastically in volume because so many people prefer e-mail, which is 24/7, multi-address capable. Production schedules for new products have been trimmed to the bone to meet the demands of impatient customers. Hospitals have reduced the allowable time for a stay to a day or less in most cases. Even our educational institutions offer accelerated programs to complete degree requirements in less time than what could have been imagined just a few years ago.

When G-d created the World, most things were created in a mature fully grown state. Then the reproductive process began with each creation producing an immature offspring that took years to develop. Trees grew from seeds, elephants from infants, giant eagles from small eggs etc. Each creation grew from inception to maturity. The growth was a slow, day-by-day progression imperceptible to the human eye. Even if one watched the grass one could not see it grow.

People have to learn that there are things that need time in order to develop properly. There must be a process to ferment grape juices into wine rapidly but even so It will not produce wine as fine as the old fashioned technique. Some things just have to develop slowly.

Many people are robbing our youth of the time they need to grow into mature adults. Exposure to media, pushy parents and educators and social contacts push our children into the fast lane and prevent growth in the natural imperceptible way. G-d could have made it so that newborns were fully developed but He did not.

Today, when rushing at the speed of light in your business, in your personal growth or in your training of your offspring -- stop. It only takes a minute to put on the brakes -- ever so lightly -- to give your charge the proper amount of time to develop.

My dear departed father had an unequivocal theory about people.

He said they "are" predetermined by the manner they came out of their mothers' wombs.

The greedy persons appeared with a hand  stretched out in a grasping manner ....

The lazy people showed their buttocks to the world first ....

The talkers came out with their mouths open ....

Last, but not least, the thinkers presented the top of their heads slowly ...  and they began using their brains immediately!

.... There you have it all explained the Ethiopian way!