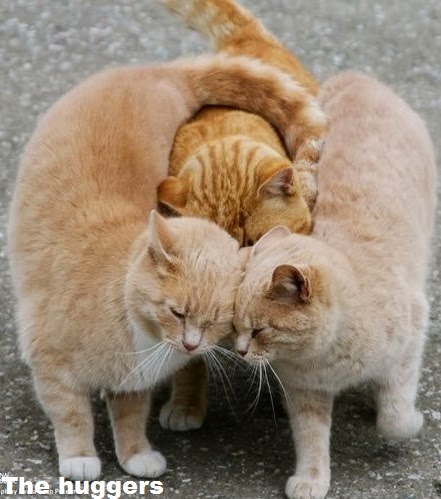 But words are easily brushed aside
Without ever making a coherent connection
It’s a strange thing, this strange, strange
Life of mine
But I give it to you nonetheless
In the hopes that someday
What may now seem strange
Will, in the test of time, prove to be

Email ThisBlogThis!Share to TwitterShare to FacebookShare to Pinterest
Labels: Humor, My Scrapbook, Poetry

A Scoundrel for All Seasons - by Stephan Pastis

* " Pearls Before Swine "  by Stephan Pastis
At its heart, Pearls Before Swine is the comic strip tale of two friends: an arrogant Rat who thinks he knows it all and a slow-witted Pig who doesn't know any better. Together, this pair offers caustic commentary on humanity's quest for the unattainable ... 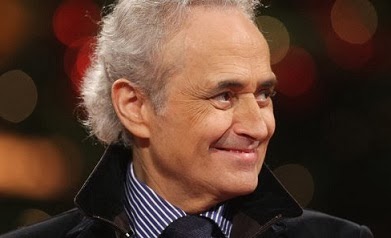 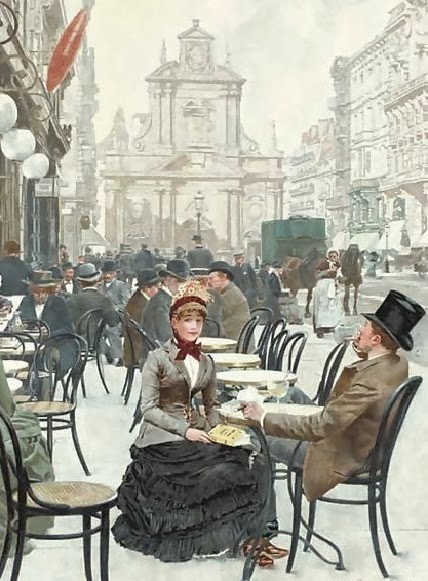 Email ThisBlogThis!Share to TwitterShare to FacebookShare to Pinterest
Labels: Français, Good to know, My Scrapbook, Poetry

Cooling Off - by Raymond Beyda 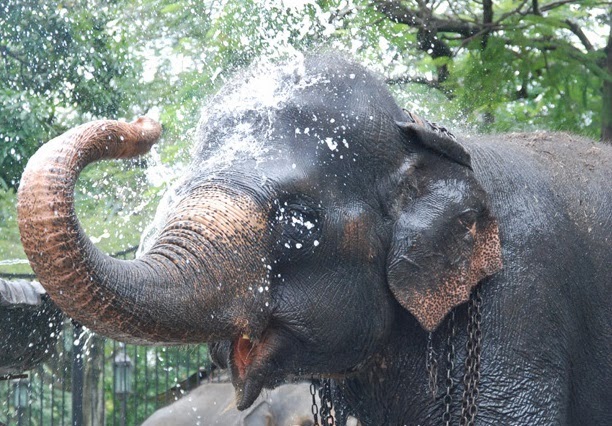 Most of us don't like to lose our temper. Our ego always prefers a situation of cool control. Unfortunately, controlling this is easier said than done.

Our sages suggest many different practical approaches to assist a person in a bout with temper. The Orhot Tzadikim suggests silence. When you start to boil-- keep your mouth closed. Silence is to anger what water is to fire.

A Rabbi who was counseling a couple who constantly argued gave them a bottle of water. He told them it was special water called "Shalom water".

The woman asked, "How do we use it? Where do we sprinkle it?"

"You don't sprinkle it", replied the wise advisor. "Whenever you are about to scream at your spouse in anger you should fill your mouth with this Shalom liquid and hold it in your mouth for ten seconds before swallowing. By the time you are able to scream you probably will calm down enough to forget about whatever it is that was aggravating you."

If you just can't keep the lid on, try speaking in a low tone. This should have a calming effect on you.

Another cure that is effective is to look in a mirror. Anger is ugly. You definitely look better with a smile on your face,

Beer, Drones, and the FAA - by Joseph Lindberg 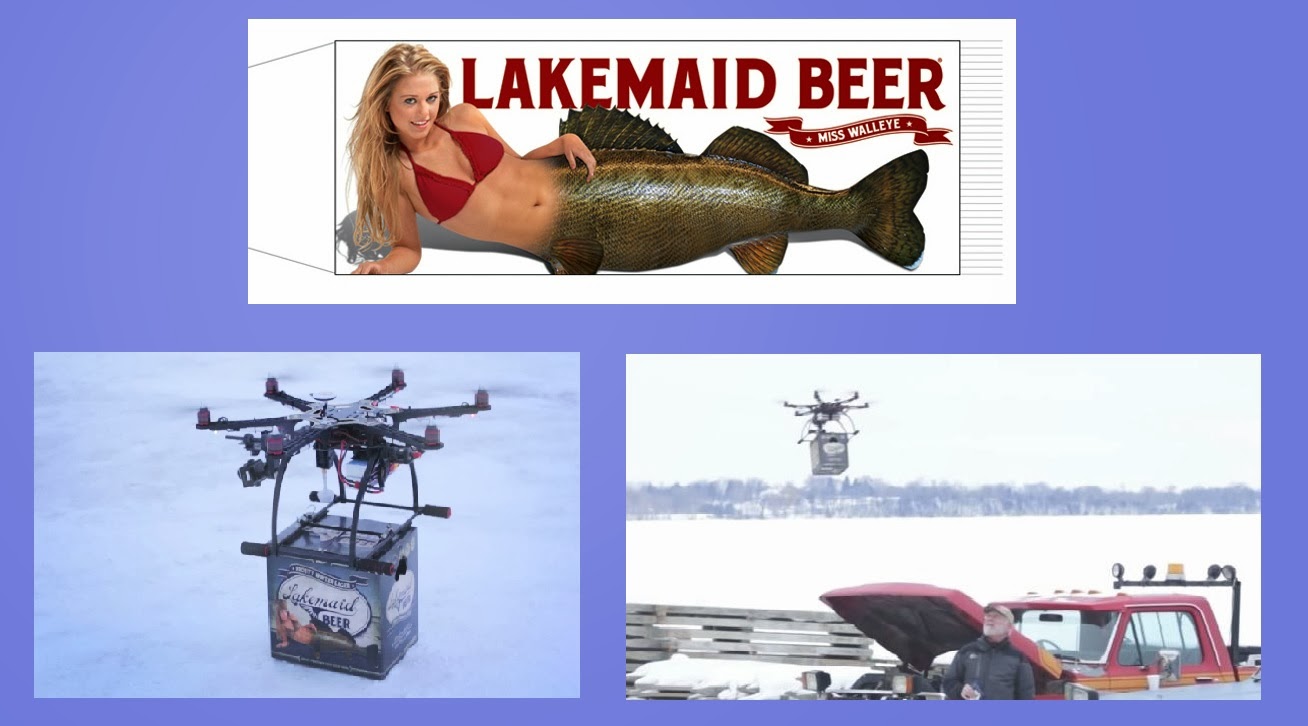 Beer sent by drone? … Not so fast, says FAA.

A Minnesota beermaker wants drones to help anglers remotely replenish their stocks of beer, but the government is saying no.

Inspired by Amazon, Lakemaid had been testing drone delivery system for 12-packs of beer on ice-fishing lakes in Minnesota and Wisconsin, where the beer is produced, Lakemaid president Jack Supple said in a news release.

Another test was set for Lake Mille Lacs and the Twin Pines resort before the FAA stepped in. The beermaker’s video went viral and now has more than 100,000 views.

Amazon grabbed the country’s attention late last year after announcing it was exploring ways to deliver packages with drones. It wants to deliver some packages within minutes of the orders being placed.

But Amazon faces the same FAA restrictions as Lakemaid – though the beermaker will be navigating wide-open spaces and wilderness rather than dense urban areas.

“We’d be happy to share our research with Amazon,” Supple said.

Who Has Need, I Stand with You - by Alberto Rios

In this hour, let us grant to each other the grace that is ours
to give.
In each other, let us see ourselves, and ourselves again,

That all the times we have looked at our faces in a mirror
Should have added up—each face our own, but a reminder as well

We are more than ourselves, that our eyes can see
Into that silver world as far as, and beyond, what we understand.

Looking into a mirror, into a window pane, into the water of a lake,
A photograph—we are here and over there as well. In that moment

All things are more possible. In this hour of ourselves, you and I,
One stronger than the other, let us speak evenly, and make plain

The hope that all this time has held us. Let us extend ourselves
Beyond ourselves into the silver, ourselves bigger and farther,

Email ThisBlogThis!Share to TwitterShare to FacebookShare to Pinterest
Labels: My Scrapbook, Poetry

A Simpler Time - by The Onion 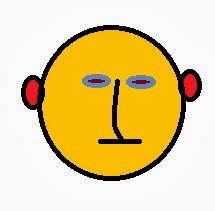 WASHINGTON—With the Affordable Care Act now making it possible for a greater number of Americans to purchase medical coverage, the nation looked back this week and fondly recalled a simpler time when its health care system was broken beyond any hope of repair.

Describing a more innocent period in the country’s history—before opponents of the act temporarily shut down the government, and before the disastrous rollout of the new insurance exchanges led to widespread public exasperation—citizens shared with reporters their warm memories of what they called a bygone golden era.

“Back then, if you couldn’t afford health insurance and got really sick, you went bankrupt, plain and simple,” said Dominique Otis, a mother of three. “They didn’t have this whole mess of lower-cost options, or all these subsidies you might or might not qualify for based on your income. People didn’t have to deal with any of those headaches. They just went ahead and died of preventable causes.”

“Those were the good old days, ya know?” she added with a sigh.

According to nostalgic sources, there was a time when Americans who lost their jobs and the benefits that came with them simply went without insurance, and that was that. During this halcyon age there was reportedly no way anyone who was out of work could afford health care, and if people had a serious preexisting condition, they knew for certain they would never again qualify for decent coverage.

Harkening back to that less complicated past, citizens noted, for example, how parents who had no way to pay for their newborn baby’s much-needed surgery never even bothered getting their hopes up, but simply accepted that their child would never have a first birthday party.

As they spoke with reporters, many Americans reminisced about the comfort they once took in the predictable dysfunction of this status quo.

“When I had esophageal cancer and needed $180,000 worth of treatments not covered by my health plan, I knew immediately I’d lose my house,” said 58-year-old Tobias Czwerda of Braintree, MA, who smiled as he flipped through snapshots of the Christmas he and his family spent in a homeless shelter. “Yes, sir, things were simpler then. You knew in advance that no matter how much you argued with your insurance company, in the end it would always come down to the same two options: pay or die.”

“Call me old-fashioned, but there was something reassuring in that,” he added.

In a poll conducted this month, 72 percent of respondents agreed that even though the health care system had consistently screwed them over in the old days, at least they had known exactly where they stood. In addition, 65 percent said that while the most expensive illnesses were effectively a death sentence back then, there had been a certain peace of mind in knowing that if you ever got that sick, you would soon be gone and not have to worry about the hospital bills.

Furthermore, 89 percent of Americans confirmed they had taken some small solace in the fact that if they needed money for a life-saving operation, they could always tape a photocopied image of themselves to a collection jar, place it in a local supermarket checkout line, and hope for the best.

“Remember when you couldn’t afford to see a doctor and so you just waited and waited and waited until you absolutely couldn’t wait any longer, and then you went to the emergency room, where they did too little too late and charged you tens of thousands of dollars for it?” resident Keith Donaldson said. “I guess those days are gone forever.”

“Except for the tens of millions of Americans who will remain uninsured even under ObamaCare, of course,” he continued. “They’re still fucked.”