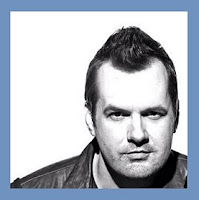 Two or Three - by John Keats 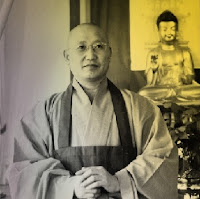 The Three Pillars of Zen's Don't-Know Mind
Zen practice … requires great faith, great courage, and great questioning.
What is great faith? Great faith means that at all times you keep the mind which decided to practice, no matter what. It is like a hen sitting on her eggs. She sits on them constantly, caring for them and giving them warmth, so that they will hatch. If she becomes careless or negligent, the eggs will not hatch and become chicks. So Zen mind means always and everywhere believing in myself…
Great courage … means bringing all your energy to one point. It is like a cat hunting a mouse. The mouse has retreated into its hole, but the cat waits outside the hole for hours on end without the slightest movement. It is totally concentrated on the mouse-hole. This is Zen mind — cutting off all thinking and directing all your energy to one point.
Great questioning … If you question with great sincerity, there will only be don’t-know mind.
=======================
* Source: "Dropping Ashes on the Buddha" - The Teachings of Zen Master Seung Sahn

Deep in the Gilded Age - by TPO 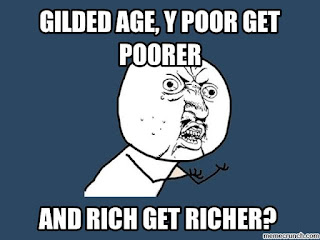 The Rise of the Modern-day "Gilded Age"
================================
Between the years 1870 - 1900, it was common to observe poor people work as slaves or laborers under the rich, who exploited them to work hard in deplorable conditions, and paid them meager wages, while retaining the profits. This made the rich richer, and the poor poorer.
The Gilded Age was the encapsulation of the unfettered capitalism present at that time, e.g., the railroad company of Jay Gould and the oil tycoon John D. Rockefeller. Individuals controlled entire capitalistic ventures and reaped the profits, while the employees of the venture were given fixed low wages, thus deepening the chasm between the rich and the poor.

The Return of "Gilded Age" with a Vengeance
(beginning in the early 1980's and into the present day)
==========================================
- Unregulated Corporate Capitalism, especially the poorly regulated financial industry
- Union busting being done by the government at the behest of corporations
- Unheard-of levels of Income  Inequality through systematic attacks on the middle class by plutocrats
- Citizens United essentially allows corporations and plutocrats to openly buy elections
-An aggressively partisan Supreme Court that takes interpretation of the Constitution and the Bill of Rights to illogically logical lows
- Violations of Civil Liberties ... eg, the abuses of the Patriot Act
- Voter repression by means of voter ID laws and the questionable gerrymandering practices of some States
-The promotion of anti-immigration, xenophobia, and the scapegoating of the powerless for the current problems of society.

"The Incomparable" Dick Gregory - by TPO 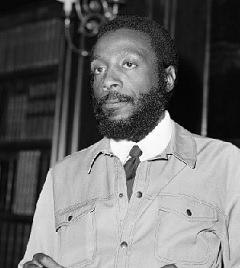 Brother and Sister - by Lewis Carroll 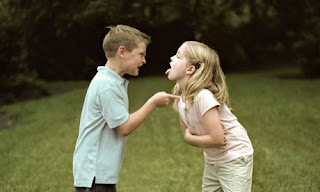 “Do you want a battered hide,
Or scratches to your face applied?”
Thus his sister calm replied.

“Sister, do not raise my wrath.
I’d make you into mutton broth
As easily as kill a moth”

The sister raised her beaming eye
And looked on him indignantly
And sternly answered, “Only try!”

Off to the cook he quickly ran.
“Dear Cook, please lend a frying-pan
To me as quickly as you can.”

What Our Fingers Say - by Higher Perspective 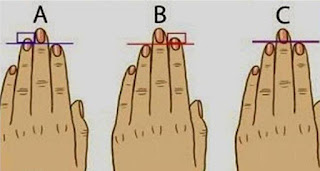 A) The charming but pragmatic one. People who have a ring finger longer than the index finger tend to be charming and irresistible to some at least. A's are the ones who can talk themselves out of just about any situation. Additionally, they're aggressive and excellent problem solvers. They tend to be incredibly compassionate and are often scientists, engineers, soldiers, and crossword puzzle masters.

B) The confident, get-it-done type. People with shorter ring fingers than index fingers are the self-confident, get-it-done types. They love solitude in which to work and accomplish the things they need to do, but that doesn't necessarily indicate introversion. They're very goal oriented and don't like to be disturbed. They appreciate what they have but often hunger for more.

C) The peacenik C's are the peace-loving conflict-avoiding types. People with even ring and index finger length are well organized and want nothing but to get along with everyone. They are faithful in relationships, tender and caring partners, but beware: C's have a fiery core that while suppressed in normal day-to-day activities can be dangerous if unleashed. They might be peaceniks, but please, stay on their good side.
____________________________
*Higher Perspective -
http://higherperspectives.com/finger-length-personality/ 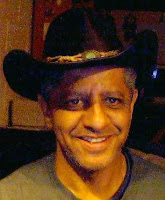