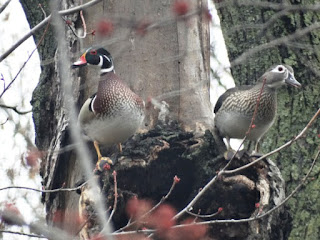 "Till Death Us Do Part" *
by Rusty of St. Paul
====== ~~~ ======
I have a trick back that goes out periodically. In recent times I blame being overweight, but it would seize up years ago when I was much slimmer, so who knows?
I jacked it the other day, and it got progressively worse as the day progressed. I went to work, as if I call in, a colleague enjoying a day off has to get called in, and I just can’t do that to people. It was a painful shift. Walking back to my car, a block away, was a chore. I wished someone could have wheel-chaired me (which has happened before). I thought: Maybe if I just lie down on the ground for a few minutes….
My wife is used to seeing me ‘walk crooked’ on occasion. I entered the house, she saw me and said: “You’re walking crooked!”
“I jacked my back. I was putting on my pants this morning. (Instant smirk of her face.) I got one leg in the pants leg, but then my other foot got caught on the waist band. (One hand to her mouth, trying to cover the smirk, but it was now her eyes and laugh wrinkles.) When my foot got caught, I started pogoing on one leg. (Now two hands over her mouth, but her shoulders were heaving.) My back twisted, and I heard and felt a clank, then a clunk, and I said out loud: ’Oh, this isn’t going to be good.’ (Snorting, and spittle now spraying through her fingers of two hands.) I fail to see what is so funny!”
"Just the way you’re telling it!”
I guess as we’ve been married for so many  years, and so many trick-back incidents later, she has run out of 'I'm-sorrys'.
=================================================
* Source: Bulletin Board - St. Paul Pioneer Press, April 7, 2016 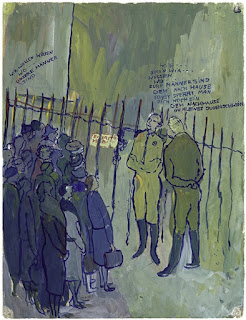 Fear is everywhere ... out in public, in the privacy of our homes, or online in social media!  We all need to be careful what we say lest it be misconstrued and it gets us into a mess of unintended heartache and misery.

I don't personally buy into the "Freedom of Speech" propaganda anymore because I don't trust anything or anybody willy-nilly.  I am, however, glad about the "freedom not to listen" ... and I am thankful and I appreciate the power to mute, to change the channel, to unfollow, to unfriend, and of-course to turn off and shut out the unpleasant things or people out there.

An aside [tongue-in-cheek] ===> I have never felt so powerful and fearless in my life before! 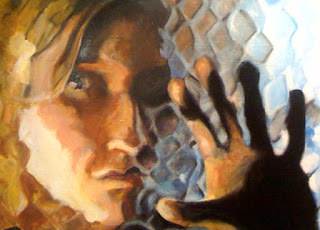 We're Americans!
- by Hénock Gugsa -
In the wake of the New York primary this past Tuesday, a Facebook friend and fellow Bernie-supporter said in disgust,  "We're Americans for Chrissake! ...."
Spot on, friend !

This put me in mind of a Johnny Depp movie.  In it, he had a line where he says to a waiter, "You're a Mexicain, aren't ya? ... Not a Mexicaint!"
Same principle can be applied here ... We're Americain ... not Americaint!!
What happened in New York is not really that surprising when you really think about it.
That place is the lion's den, home of die-hard establishment democrats, of Wall Street, of the giant, recalcitrant financial institutions, and the power base of corporatist-billionaires.
To be sure, Hillary cashed in all her chips there because she needed to get a fresh new momentum.

Whether everything was done clean and above board is a discussion for another day.  We can, however, positively be assured that the fight is not over and there will be surprises up ahead.
This is, after-all, a revolution!

Misapplication of a Word - by TPO

Sanders on the Media - by TPO 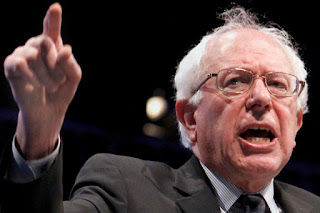 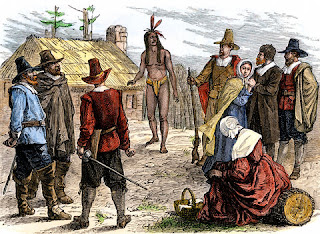 I suspect a lot of those immigrants that you speak of don't ever get any of that contribution back .  Many go back, or die without making any claims.   And if they ever become naturalized, they have to individually pay a non-refundable fee of close to $680.00 to the U.S. Government.  So, if 780,000 get naturalized in a year, that's a gross profit of $530.4 Million for the U.S. Treasury.  Administrative costs should  be 5% of that at the most. 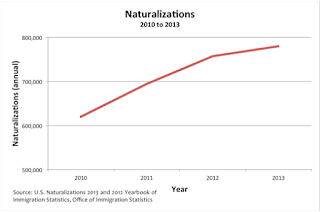 According to newamericanscampaign.org ==> "Who is naturalizing? Mexico is the top country of origin for our newly naturalized citizens. In 2013, India replaced the Philippines as the number two country of origin, but those three countries have been in the top three for the past three years.
More women than men became new citizens, and that is no different than the previous two years. In 2013, 55 percent of new Americans were women. Nearly two-thirds of new Americans were married."
Posted by T P O at 10:18 PM No comments: